How to properly and safely dispose of fats, oil and grease 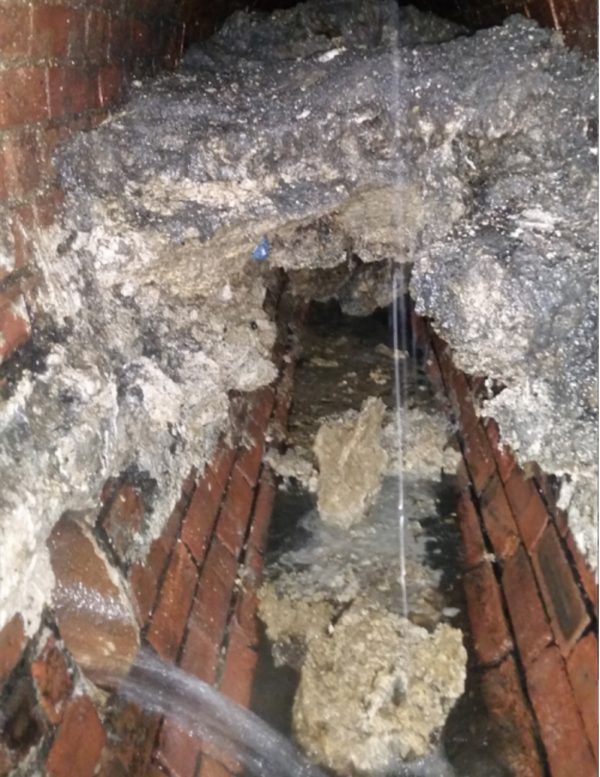 Improper disposal of fats, oil and grease (FOG) is one of the most common causes of the drainage problems we deal with here at Lanes. Blockages in pipes and sewer systems can cause major disruptions and escalating costs for homes and businesses up and down the nation, and more often than not it turns out that FOG is the culprit.

This is not an insignificant problem – FOG can clog up sinks, drains and sewers to the point that they increase the risk of flooding in the local area, while streams and rivers can often end up polluted due to oily cooking waste entering rainwater pipes and gullies. This issue is serious, but it is also preventable, as many of these current FOG-related difficulties could be addressed if more people were educated on how to properly dispose of these substances when preparing food.

By making a few simple changes to day-to-day habits, you could be doing your part to tackle a major environmental nuisance and helping out your local community, while also reducing your own chances of having to deal with damaging and costly drainage problems on your own premises. It’s unquestionably a win-win.

Why is it so important to properly dispose of FOG?

The current prevalence of FOG-related drainage problems comes despite the fact that most people generally understand that tipping fat, oil and food waste down the sink isn’t really something they ought to be doing. The fact that these habits continue to persist anyway perhaps suggests that public awareness of the serious consequences of these actions is not as high as it could be.

Here are a few eye-opening facts to demonstrate why this is a problem that needs to be taken seriously:

What’s more, it’s worth bearing in mind that disposing of FOG down the sink is actually illegal, according to several pieces of legislation:

As such, washing fat down the sink needs to be seen as more than just an individual issue – it can cause problems for an entire local community, and put food industry businesses at risk of legal issues that could be financially and reputationally harmful.

In many cases, bad FOG disposal habits flourish not because of wilful ignorance, but because of a few common misconceptions about how to dispense with these substances without causing a risk of drainage problems.

Here are a few of the most common questions and areas of confusion about FOG disposal:

Most people understand that pouring FOG down a narrow plughole creates a risk of blockages, but fewer are aware that pouring oil directly into a drain or down the toilet is just as risky. Even though these substances flow easily in their hot liquid form, they will solidify when they make contact with the colder water inside the plumbing and sewage system, leading to the development of blockages and fatbergs.

It can seem harmless enough to wash a few loose food scrapings down the plughole instead of disposing of them all in the bin, but be aware that even smaller food scraps and crumbs can accumulate in the drains – particularly in U-bends – or clump together with fat deposits that are already in the pipes to add up to a much bigger problem.

Food macerators, which grind up food scraps to allow them to be washed into the drainage system, were once seen as an easy and convenient means of disposing of small chunks of food waste, but it is now understood that they place an extra load on sewerage systems that they were not designed to handle. As such, their use is now illegal in commercial settings, and should be generally avoided.

For many, the first course of action when dealing with a blocked drain is to pour boiling water down the plughole to break down the obstacle, but be warned that this does not work with serious FOG blockages that have solidified over a long period. Moreover, if you have a PVC-based piping system, there’s a risk that the high temperatures do more harm to the pipes than to the blockage, so when in doubt, call professional help.

It was once the case that catering premises were able to collect their waste cooking oil and sell it as an ingredient for animal feed, but legal changes in 2004 mean that this is now illegal.Moreover, a 2007 law has also prohibited liquid waste from being disposed of at landfill, so commercial businesses need to make themselves aware of the latest rules and recycling methods – such as in biodiesel production – to ensure they are dealing with the FOG the right way.

How to safely dispose of FOG

Despite the seriousness of the problems improper FOG disposal can cause, getting it right is actually a fairly simple process – it’s all about learning the right way of doing things, and making a few easy changes to kitchen habits to make sure that oil and fat never ends up anywhere it doesn’t belong.

How can Lanes help?

As the UK’s biggest privately owned specialist drainage contractor, Lanes can deliver an unparalleled service when it comes to removing FOG from drains and sewers. We use state-of-the-art jetting technology to dislodge FOG residues and break them down into removable chunks, which we will then transport to registered waste disposal sites, while also taking responsibility for the completion of the associated legal documentation.

Our level of expertise is such that we’re even equipped to deal with excavating huge fatbergs from the UK’s sewer system – in fact, we worked with Thames Water in 2017 to remove the infamous Whitechapel fatberg, a gigantic 130-tonne mass measuring 250 metres in length, which took a total of nine weeks to excavate. It was the biggest fatberg ever discovered, and it vividly demonstrates that there really is no job too big for us to handle!

Additionally, we can offer advice on selecting the right grease traps for your property, as well as competitively-priced contracts for the regular maintenance and cleaning of grease traps, so if you have any inquiries at all about our FOG disposal services, then give us a call on 0800 526 488, or use our online enquiry form.