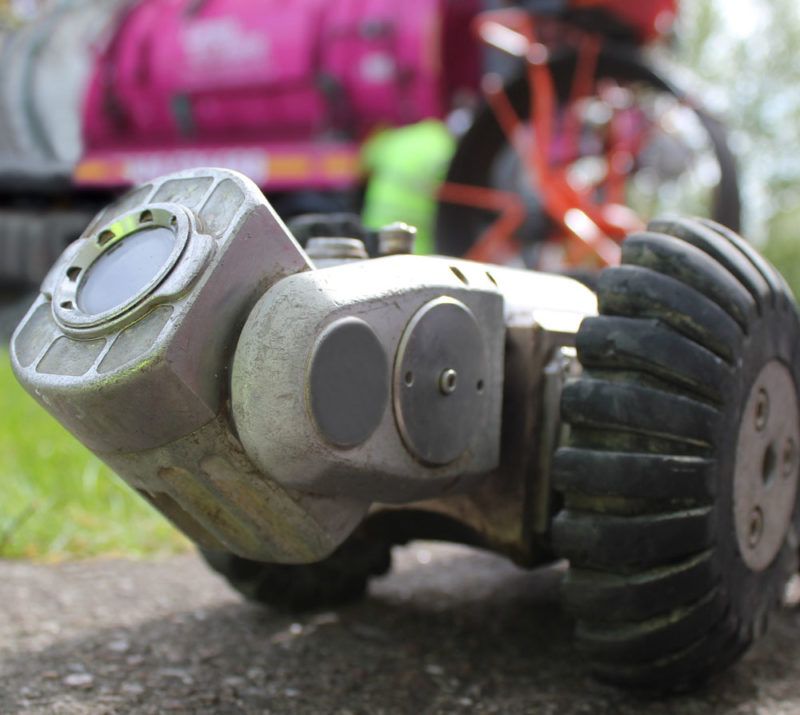 They were called in to ensure the drainage system at the facility was in optimum condition with no blockages before it was handed over following its installation.

The test track, built by Griffiths Civil Engineering and Construction, allows the military vehicles to be fully tested before they are handed over to the Army.
Griffiths Site Agent Chris Williams said: “The surface water drainage system makes sure the track delivers the same highly-accurate performance test results all-year-round.

“As such, it was important for us to commission Lanes to carry out the drainage survey and cleansing of all underground pipework.

“Its drainage survey reports allowed provided the evidence we needed to show the client the drainage system across the test site was fit for purpose.”

A jet vac tanker and a CCTV drainage survey team from the Lanes Cardiff depot were deployed to carry out the work.

The drainage system included standard surface water pipes and a network of filter pipes, which collect water from surrounding ground.

Kyle Burgess, Area Development Manager for Lanes in South Wales, said: “We were delighted have supported Griffiths on this project, which is delivering significant benefits for the Welsh economy.

“As well as CCTV drainage surveys, we can carry out a range of other surveys, including topographical surveys and GPS mapping.

“We’re highly experienced at delivering drainage services on industrial process and factory sites, where the ability to work flexibly and safely so as not to disrupt production is often vital.”