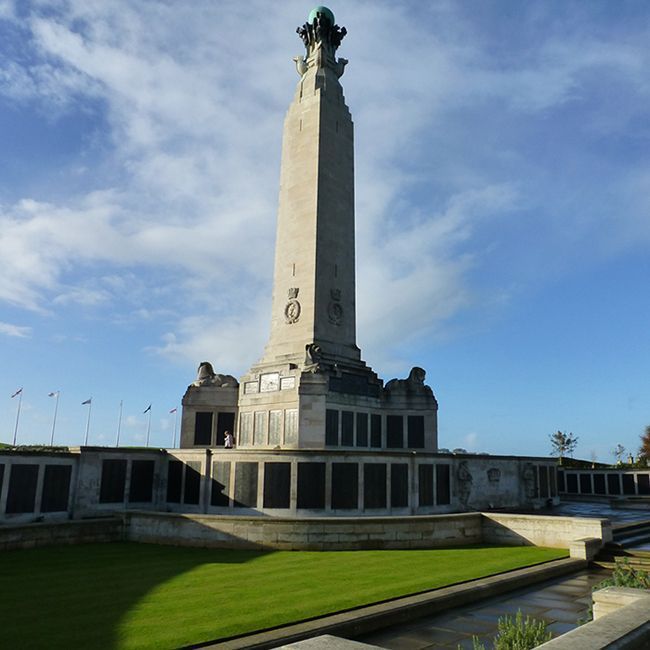 Drainage engineers from Lanes Group plc have carried out an extensive programme of drainage cleaning at one of the UK’s most important Naval war memorials.

The CWGC Plymouth Naval Memorial, on The Hoe, in the centre of the city, commemorates the 23,184 sailors who lost their lives at sea during World War 1 and World War 2.

The Commonwealth War Graves Commission (CWGC), which is responsible for the memorial, called in Lanes Group to clean an extensive drainage system beneath and around the structure.

Steve Stewart, CWGC South West Regional Supervisor, said: “We had been experiencing poor drainage at the memorial which was creating pools of standing water after periods of heavy rain.

“The Lanes drainage engineers did an excellent job of cleaning the drainage system of what is a Grade 1 Listed structure, and providing very good technical advice to our conservation team.”

Lanes deployed one of its jet vac tankers to clean the network of drainage gullies at the memorial, made up mostly of four-inch clay pipes that run into a soakaway under a nearby grass area.

The drainage engineers worked closely with a CWGC stonemason, as 36 surface water gulley grills were made from the same Portland stone used to construct the memorial.

The grills had to be lifted out by the stonemason, allowing the Lanes team to insert their jetting hose. Once the pipe had been cleaning, the stonemason replaced and repointed each grill.

Lee Hubber, Operations Manager at the Lanes Plymouth depot, said: “We were very pleased to have the opportunity to help the CWGC maintain and preserve such an important war memorial.

“Much of the drainage system is beneath the structure. So, our remote access jetting and vacuumation equipment was essential to carry out the cleaning work without having to disrupt what is a heritage site of national importance.”

The Plymouth Naval Memorial is one of three identical memorials built after World War 1. The others are at Portsmouth and Chatham. They were designed by architect Robert Lorimer, with sculpture by Henry Poole.

The CWGC commemorates 1.7m casualties from the two world wars at 23,000 sites and more than 150 countries.