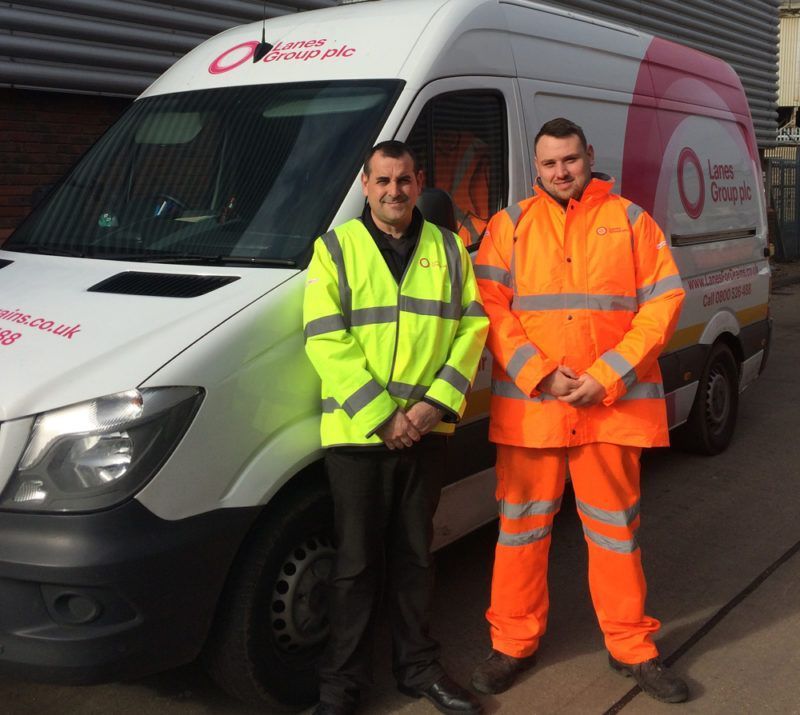 Drainage engineers from Lanes Group plc have been praised for their diligence in responding to a drain blockage at a hotel chain HQ that threatened to flood a kitchen.

The Lanes West London depot, in Slough, responded and cleared a quantity of FOG (fats, oils, and grease) from the kitchen’s grease interceptor.

However, to make sure that the system was working effectively, Lanes Operations Manager Adam Wheeler, pictured above left, agreed with Integral’s site engineer Jon Crawley that they would mobilise further support.

Between them, they carried out a CCTV camera inspection of the pipe that revealed a further drain blockage, which they were able to jet clean, removing the blockage material with a wet vac machine.

Jon Crawley said: “I very much appreciated the way Adam said he would stay to see the job through, and then for the depot to make sure the drainage blockage was properly dealt with.

“I didn’t want to risk the kitchens flooding with very dirty waste water the following morning. Fat that builds up in pipes can be very smelly and the kitchen is right next to management meeting rooms, so that would have added to our problems.”

Mark Paton, Area Development Manager for Lanes West London, said: “We operate 24/7 and 365 days a year. It’s a matter of professional pride that we always do all we can for our clients.

“We are the drainage professionals, so we own our customers’ drainage problems. As Jon makes clear, a simple blockage can have very serious consequences if not cleared quickly and in a timely fashion.”