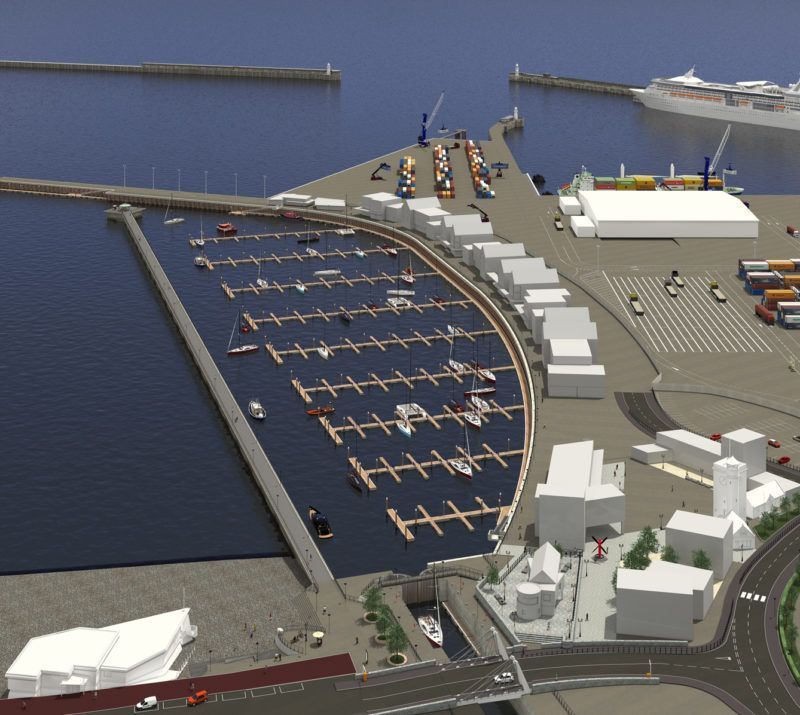 Drainage engineers from Lanes Group plc have been carrying out detailed drainage surveys around the Port of Dover as part of the flagship Dover Western Docks Revival (DWDR) development.

Hundreds of meters of surface water drainage pipes running into the current Western Docks required surveying prior to construction teams commencing with the utilities phase of the project.

John Gilbert, Area Development Manager for Lanes Sevenoaks, said: “As is often the case, records for drains installed many years ago are not complete, so at the start of such development projects a full site survey of all drainage is needed.

“Our CCTV drainage survey reports will allow civil engineers working on the DWDR development to decide which drains can be blocked off, which need to be diverted and where new surface water drains need to be installed.”

Lanes Group plc deployed a jet vac tanker and a CCTV drainage survey team to carry out the drainage investigations and surveys.

The jet vac tanker was used to jet clean drain lines, allowing the CCTV drainage survey teams to use robotic cameras and push-rod cameras to record HD-quality video of the pipes, revealing their condition.

John Gilbert said: “The project has tested the detective skills of drainage engineers as they’ve followed and plotted drain lines across the docks.

“It has been a case of joining dots to create a complete, detailed and highly accurate map of the drainage system which architects and civil engineers will use to help them draw up detailed development plans for the exciting DWDR project.”

The Port of Dover achieved Government approval in 2012 to develop the Western Docks, providing the opportunity to unlock the many benefits to both the Port and the wider East Kent region.

DWDR represents a one-off opportunity for the regeneration of Dover. It will deliver two deep-water berths and a new refrigerated cargo terminal (RCT), along with hectares of reclaimed land for future port-centric development, releasing space within the Eastern Docks for ferry traffic.

The DWDR plans also include a new 250 berth marina in the outer harbour, connected to the existing Wellington Dock through a navigational lock channel, and a transformed public realm waterfront through the creation of a new marina pier and marina curve.