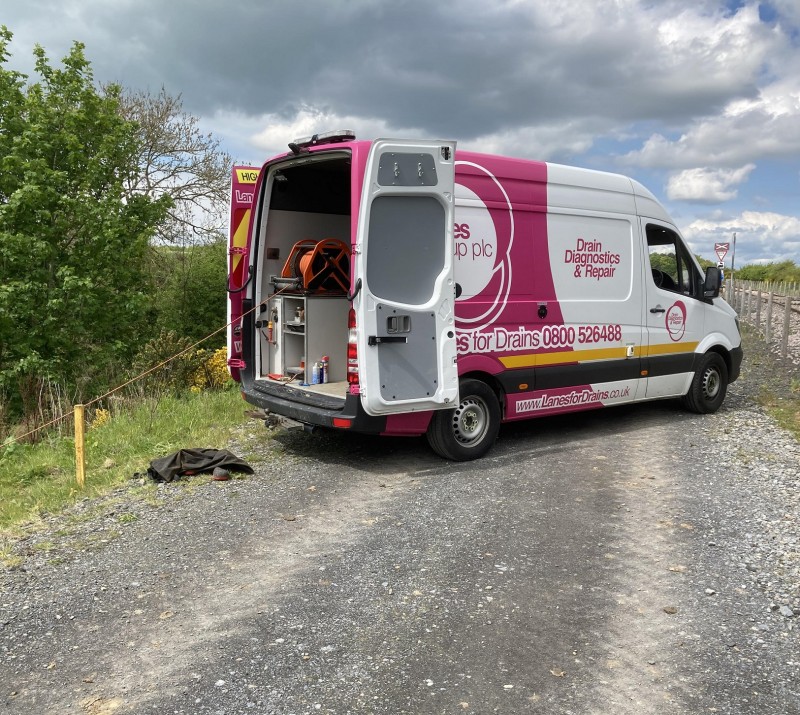 Drainage engineers have helped volunteers with their ambitious plans to fully reopen a 170-year-old railway line by carrying out a survey of a large culvert that gave them a very pleasant surprise.

The drainage investigation team from Lanes Group plc used a robotic camera to obtain HD-quality video footage at every point along the perfectly straight pipe.

Its survey report revealed how, even though the egg-shaped brick culvert was over 100 years old and had not been touched for decades, it was in very good condition.

That was just what the volunteers running the Aln Valley Railway Trust wanted to find out because it meant they could focus attention on funding other priority projects to restore the line to its former glory.

The trust is working to reopen the Alnwick branch line that, until it closed more than half a century ago, ran from Alnwick, in Northumberland, to the East Coast Mainline at Alnmouth.

So far, the trust has restored a 1.5-mile stretch of track to a new countryside stop, called Greenrigg Halt, half way to Alnmouth.

Tom Lloyd, the trust’s civil engineer, and a volunteer himself, said: “The Office of Rail and Road required us to carry out the survey to make sure the culvert was strong enough to take the weight of trains.

“The Lanes survey showed the culvert was in very good condition. In fact, our surveyor said it was in better condition than a lot of modern culverts he sees, which was both impressive and a relief.

“It means the culvert is fit for purpose and we can concentrate our efforts on fundraising for other important work on the line, including repairs to a viaduct that hasn’t withstood the test of time quite so well.”

Lanes Newcastle Area Development Manager Trevor Sawyer said: “We were delighted to assist Tom and his volunteer colleagues and discounted the cost of the survey to help their funds go further.

“We found that, not only was the culvert in good structural condition, but it was also clear of debris and silt. This was largely because another upstream culvert was fitted with a grating that held back large objects.”

The culvert is 5ft tall culvert and runs at a 45-degree angle under a high embankment. When first built, the line had three tracks, one reason the culvert is so long.

The Lanes drainage survey team drove their van along a farm track and then along the railway line to reach the location of upstream end of the Willowburn Culvert, as it is known.

Once there, they made their way through dense vegetation down the embankment to the culvert entrance, where they could deploy the wheeled CCTV survey robot to capture the HD-quality video needed.

The Alnwick branch line was opened in August 1850. By the start of the 20th Century, more than 60 trains were leaving Alnwick station every day, carrying passengers, grain, livestock and stone, adding greatly to the economic success of the thriving market town.

By the 1960s, however, the rise of road travel and transport, had spelled steep decline. The last passenger train travelled along the line in January 1968. The last goods train ran on the line in October of that year.

Dubbed the heritage line ‘from castle to coast’, thanks to the famous Alnwick Castle, the hard work of the trust’s volunteers has turned the Aln Valley Railway into a popular tourist attraction.

The trust has built a new station, called Lionheart, on the outskirts of Alnwick, with a museum, model railway and cafe. The original station is now the home of the famous book shop Barter Books.

The aim is to restore just one or the line’s original tracks all the way from Alnwick to Alnmouth, leaving the rest of the space in the track bed for a cycyleway and footpath.

The trust, which is funded by member subscriptions, donations and grants, has not been able to run trains during the COVID-19 pandemic but hopes to start passengers services later in summer 2021.

Meanwhile, it is pressing ahead with a major fundraising campaign to maintain the 123m-long Cawledge viaduct. Exposed to the ravages of the weather, unlike the Willowburn Culvert, it needs urgent repairs.