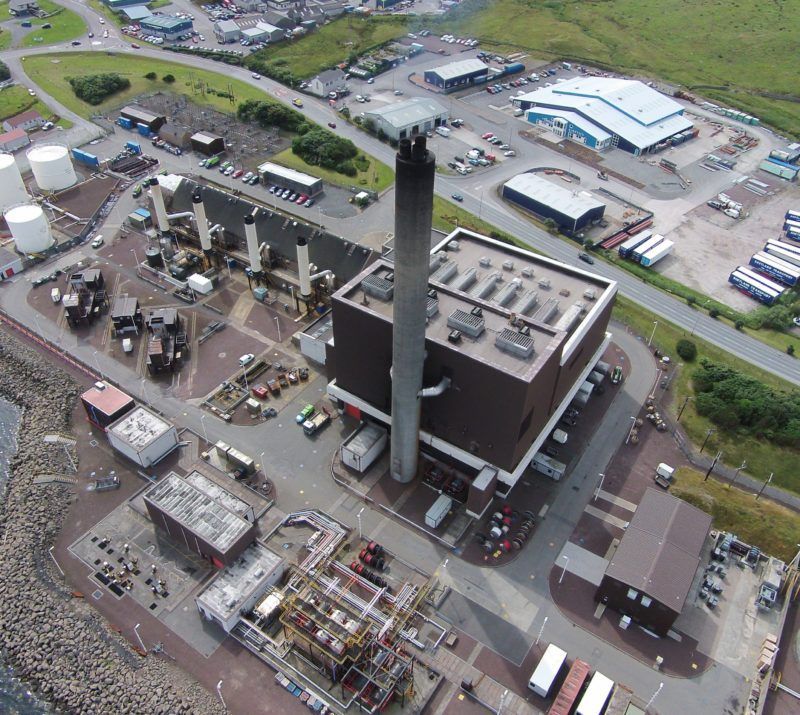 A team of eight drainage engineers from Lanes Group’s Aberdeen depot travelled by Shetland by ferry to carry out the work at the diesel-powered electricity generating station.

Lanes engineers regularly make trips to the Scottish Islands, planning in packages of work for different clients to reduce mobilisation costs, though this project was large enough to take up the whole trip on this occasion.

The Lanes team was working on surface water, foul water and oily water pipes. A key objective was to prevent the infiltration of sea water into the drainage system.

“The Lanes engineers did a very good job for us. They worked very effectively and safely with our supervising engineer from Mott Macdonald, and made sure their work dovetailed well with ours, so operations were not disrupted in any way.”

Lanes Aberdeen Operations Manager Scott Marshall said: “The programme was organised to deliver maximum productivity for the client. A CCTV drainage survey team and a jet vac tanker team went out for the first week and started the process of cleaning and surveying the drainage system.

“Then our pipe patch lining team went out in the second week, to start working on drain repairs identified by the surveys. We took equipment to allow us to process the survey video clips and reports as we went along, so Lerwick Power Station’s maintenance team could decide what remedial work was needed.

“It was an excellent example of teamwork, which resulted in up to 9,000 metres of drainage pipe being jetted, surveyed and patch repaired, as required, in the shortest possible space of time, minimising client costs.”

The Lanes Group team worked six days a week. For one stretch of the pipe along the shoreline they staggered working hours to accommodate sea tides. A total of 50 patch liners were installed, in pipes ranging from 110mm to 225mm in diameter, to ensure they were watertight and joints were sealed.

Scott Marshall said: “The success of this project demonstrates our ability to deliver complex packages of work efficiently in any part of the highlands and islands. Our customers get the same access to the latest drainage technology – whether that be pipe diagnostics, repair or rehabilitation – wherever they are located.”

Lerwick Power Station, located in Gremista, near Lerwick, was commissioned in 1953, and has been continuously developed as Shetland’s energy needs have grown.

With a total potential power output of 66.1MW, it is Shetland’s main electricity provider. A gas-fired power station is sited at Sullom Voe Terminal. There are advanced plans to decommission Lerwick Power Station and replace it with a new energy solution for Shetland.