Lanes drainage engineers on a mission to help charity 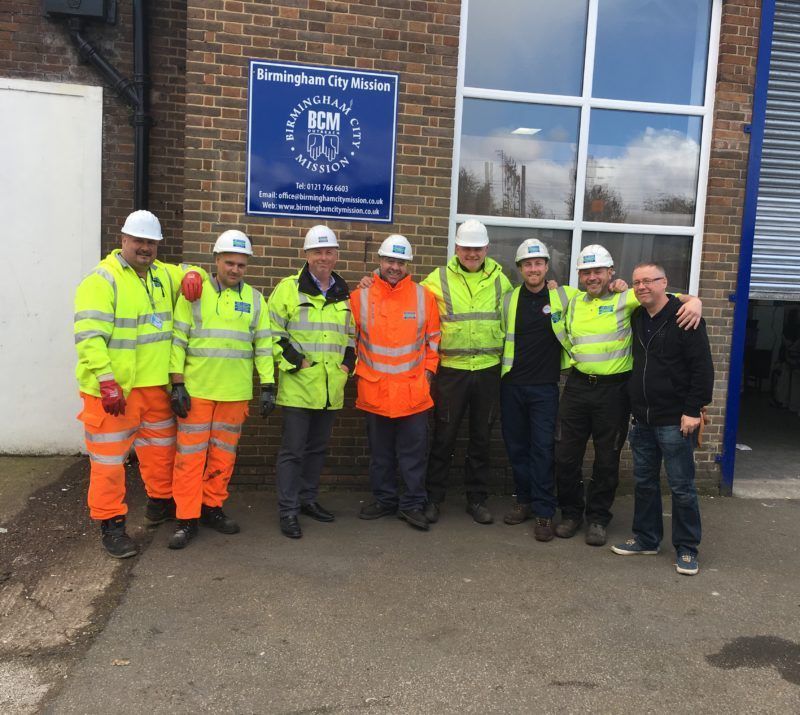 Drainage engineers from Lanes Group plc have joined other contractors in helping survey, clean, and repair the drain and sewer system at a charity that helps people in need in Birmingham.

Birmingham City Mission appealed for help to Amey, the main contractor responsible for maintaining sewers and drains on behalf of Severn Trent Water.

Amey, in turn, asked its contractors, including Lanes Group, if they could offer the expertise and resources that the City Mission needed.

Lanes’ contribution was to deploy one of its CityFlex water jetting and vacuumation tankers to clean private sewer and gulley lines at the mission’s HQ, The Clock Tower, in Langton Street, Birmingham.

During the work, they discovered a blockage in a private pipe that they cleared for the charity, which had called Amey for help after it experienced flooding in a cellar.

Other contractors carried out CCTV surveys and agreed to install a patch liner for the charity, bringing its drainage system up to full working order once again.

In a letter to Amey, Birmingham City Mission Chief Executive Wes Erpen said: “We have been overwhelmed by your kindness and generosity and also the friendliness of your team of workers.

“As a charity which relies upon donations from our supporters to enable us to keep on assisting the marginalises and the vulnerable of our city, your help has been greatly appreciated.”

The drain jetting work was organised and carried out by Lanes team Mark Davies, Dean Evans, and Connor Murphy.

Glyn Bickerstaffe, Lanes Contract Manager, said: “We were very pleased to be able to help such a good cause. Birmingham City Mission does a lot of very good work, and we didn’t want to see that disrupted.

“Drain floods inside buildings need to be dealt with quickly and appropriately to minimise the risk of long-term structural damage and prevent health problems arising from exposure to contaminated water.”

Birmingham City Mission is a Christian charity established in 1966 to help needy and marginalised people in Birmingham. It runs projects throughout the city working with homeless people, young people, families and children www.birminghamcitymission.org.uk.