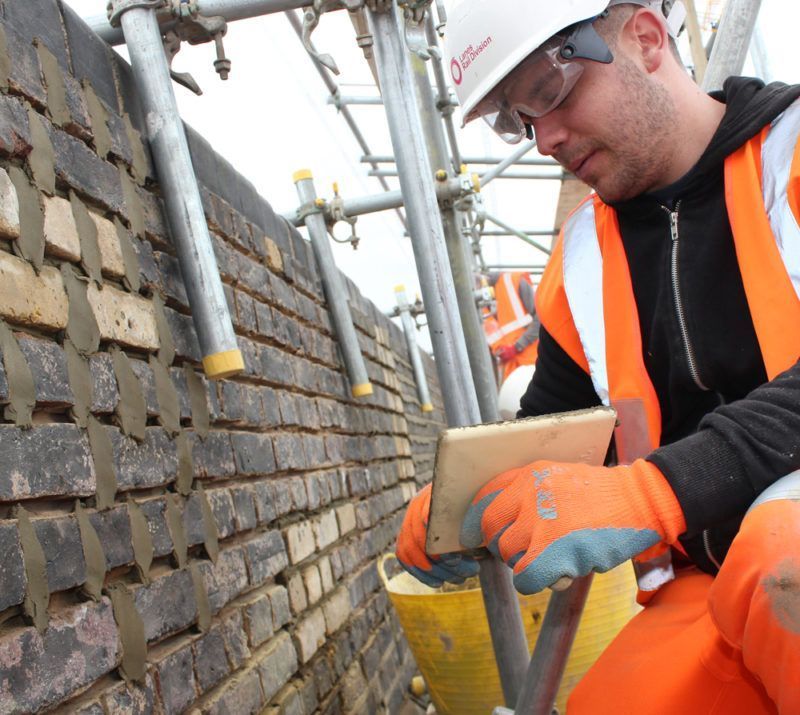 Lanes Rail has begun a programme of works to refurbish a major viaduct on London Underground’s Piccadilly Line.

Brick laying teams are repointing and replacing brickwork on the structure between South Harrow and Rayners Lane Tube stations in West London.

The viaduct, one of the longest on the Tube network, opened on 1st March 1910. It was constructed to extend the line across the Roxeth Marshes, which were drained and built over in the 1930s.

London Underground has commissioned Lanes Rail Division, part of Lanes Group plc, to repair a 204-metre section of the viaduct, encompassing 17 arches, as part of a phased maintenance programme.

A key objective has been to plan the refurbishment work so it does not inconvenience owners of businesses and shops located in the viaduct arches, and their many customers.

Lanes Rail Project Manager Steve Demwell said: “This particular stretch of the viaduct is the centre of a thriving commercial community and is a thoroughfare for thousands of commuters using South Harrow Station.

“We are working closely with businesses along the viaduct, in partnership with London Underground colleagues, to minimise the impact of our work, while maintaining a safe environment for all.”

The viaduct has been enclosed in scaffolding to provide a platform for Lanes Rail’s bricklayers to work, safely contain all repair activities, and allow train services to continue to run just feet away.

Steve Demwell said: “Our bricklayers are highly skilled and dedicated, and we ensure the repair work is of the same high standards set when the viaduct was first built more than 100 years ago.

“That means, when the South Harrow rail viaduct refurbishment programme is completed, the structure will not only be fit for purpose for decades to come, it will also look impressive and in keeping as well.”

It is the latest major rail structure repair project carried out by Lanes Rail. Its teams have also refurbished a viaduct further south on the District Line at Alperton, and have painted a bridge on the Jubilee Line in Kilburn, West London.