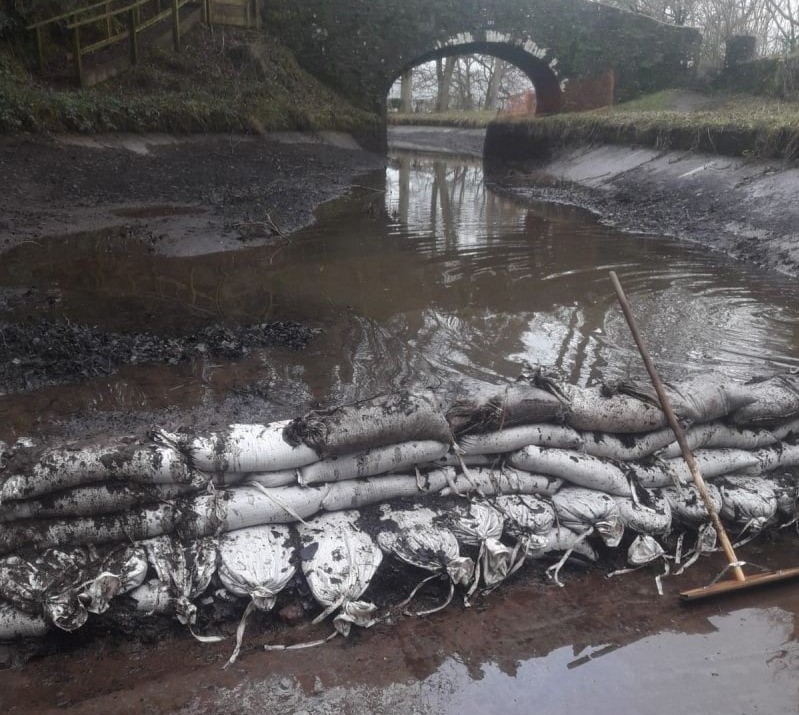 Drainage engineers from Lanes Group plc have used a powerful jet vac tanker to suck silt from the bottom of a leaking Welsh canal so it could be repaired.

They vacuumed more than 100 tonnes of silt and mud from the Monmouthshire and Brecon Canal to allow civil engineers to look for damage and carry out a repair.

The Canal and River Trust of Wales called in expert help after it discovered the canal was losing its water and found it was leaking into a large culvert beneath the waterway.

The Lanes Cardiff depot was commissioned to use its advanced vacuumation technology to carry out the work because it was the safest and fastest way to remove the mud without damaging the canal further.

Kyle Burgess, Area Development Manager for Lanes Cardiff, said: “It is certainly not a common application of our expertise but the approach worked well and provided our client with the access they needed.

“Specific challenges included the distance the silt and mud had to be pulled by our jet vac tanker and the need to provide safe access to the canal for our teams to control the vacuumation process.”

The nearest the jet vac tanker could get to the canal was a point 40 metres away up a steep embankment.

To overcome this challenge, Lanes deployed one of its recycler jet vac tankers, which has a particularly powerful liquid ring suction system so can pull water over longer distances and to a greater height.

Several site visits were needed with the main contractor and representatives from the canal and river trust to prepare a safe system of work for the project to locate and plug the leak.

A nearby lock and temporary sandbag bunds were used to isolate the section of canal that needed to be repaired. The canal was then dewatered using a trash pump, a specialist pump that can handle water containing solid objects, like stones.

With the canal bottom exposed, the Lanes drainage engineers could suck the mud from the canal bottom in a process that took three days. Extra Lanes personnel supported the jet vac team to cope with additional manual handling needed to control the vacuumation hose.

The client created a scaffolding handrail and step to provide safe access into the canal and set up barriers so canal users could continue to walking along footpath by the side of the waterway.

The sediment removed was sampled to check for possible pollutants and then taken for safe disposal at a registered waste site.

The Monmouthshire and Brecon Canal, known affectionately as the Mon & Brec, is 35 miles long and runs for almost its entire route through the Brecon Beacons National Park, making it one of the most picturesque waterways in the UK.

It is the remaining navigable section of a longer canal system built to take iron ore and coal to Newport on the south Wales coast. Parliament approved construction of the first part in 1792 and it was completed by 1800.