Lanes zooms in to combat increase in motorway flood risks 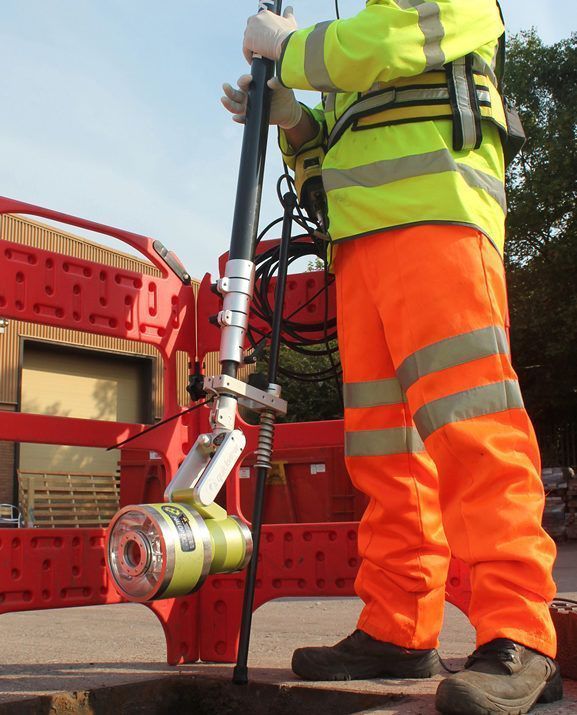 Lanes engineers have taken drainage inspections along the M6toll around Birmingham into the fast lane with a powerful zoom camera.

The Lanes depot at Minworth, in Birmingham, has invested in the UK’s most advanced drainage pole camera to carry out the inspection work for Midland Expressway, which operates and maintains the 27-mile-long motorway from Coleshill to Cannock.

Steve Dipple, regional manager for Lanes in Birmingham, said: “The QuickView Zoom camera allows us to inspect up to three times as much pipework in one shift, compared with using conventional crawler cameras.

“Midland Expressway wants to confirm that their intensive regime of carriageway drainage maintenance has been effective, so this is a cost-effective way to carry out checks, to make sure that the drainage system is free of obstructions or mechanical damage.”

Lanes Group is the largest independent supplier of wastewater, utility and underground pipeline services in the UK, with 23 depots and service hubs.

“It has 36 times optical plus 12 times digital zoom, combined with a clever new ‘Haloptic’ lighting system that automatically tracks the camera as the operator zooms it along the pipe.

Steve Dipple said: “The camera’s capabilities are impressive. Its operating distance is over 100 metres, as long as, of course, the pipe is straight. It allows us to quickly focus in on areas that need more detailed survey work with a conventional robotic camera.

“With a two-person team, we have inspected up to 2km of pipe on the M6toll in one night. With a standard camera system you are looking at a maximum of 600m. Video and still images can be recorded and downloaded from the fixed-view camera and used for compiling reports.

“This creates real cost-saving and fast-response advantages for clients.”

The camera is also turning the Lanes team into nature spotters. Animals caught in the zoom camera’s spotlights, from over 50 metres away include spiders and frogs.

Steve Dipple said: “This system has a lot of other uses, such inspecting railway culverts, manholes, septic tanks, factory tanks and industrial process pipework. It has the additional advantage of removing the need, in many cases, for entering confined spaces, significantly enhancing safety.

“We are always looking for better ways to deliver a high quality inspection, survey and repair service and the most cost-effective price. This new pole camera system certainly ticks that box. We’re looking forward to sharing it’s capabilities with other clients.”

The M6toll runs from the M6 Junction 3a east of Birmingham to Junction 11a to the north-west. It is the easiest and most reliable route through the Midlands, bypassing one of the UK’s most congested sections of road, the M6 though Birmingham.