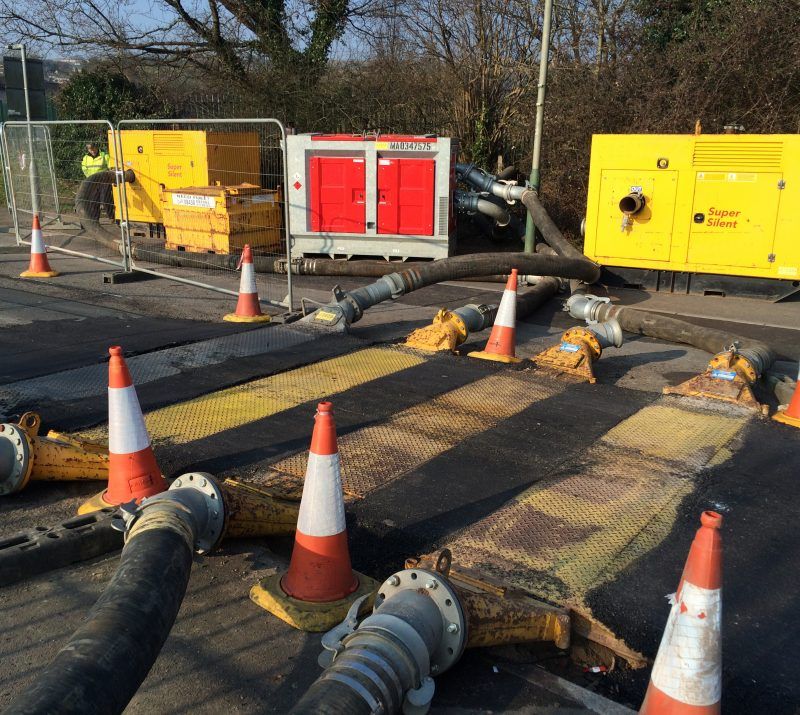 Lanes Group has installed its longest ultra violet light-cured pipe liner to date in a deep culvert considered at high risk of collapse.

The liner, which was 202 metres long and weighed 8 tonnes, was installed in a surface water culvert for Caerphilly County Borough Council, in South Wales.

The 750mm diameter concrete pipe had been found to be badly cracked at a number of places along 150 metres of its length between two manholes.

Rehabilitating the culvert was made a priority because, if it had collapsed, it would have posed a major flooding risk to nearby homes.

Excavation would have been prohibitively expensive and would have severely disrupted a public park under which the culvert ran.

Access problems at the upstream end of the pipe meant conventional hot water CIPP (cure in place pipe) lining was not feasible.

“They had to overcome some major technical and operational challenges to complete the lining project within the two-week window that was open to them.

“Their attention to detail was impressive, with very effective traffic management, health and safety and liaison with us and the general public.

“It was a very good rehabilitation solution for us, eliminating the risk of the culvert failing, which would have caused us very serious problems.”

A survey of the Bowls Inn culvert, which runs under Aneurin Park in Caerphilly, had identified multiple fractures which meant it was at risk of collapse.

Planning the complex rehabilitation project took 18 months. Health and safety and minimising disruption for the public were key priorities.

The borough council advised that, in storm conditions, the culvert carried up to four cubic metres of water per second.

This required a system of overpumping with four eight inch pumps and pipes running 500 metres to a manhole below the work site.

A kilometre of safety fencing was installed, and temporary tarmacking carried out to create ramps where the pipes ran across a road and park footpaths.

The truck loaded with the liner could only be backed up behind the headwall of the culvert, not in front of it.

This meant a team of eight Lanes operatives had to lift the liner from the lorry and turn it through 1800 so it could be guided into the culvert entrance.