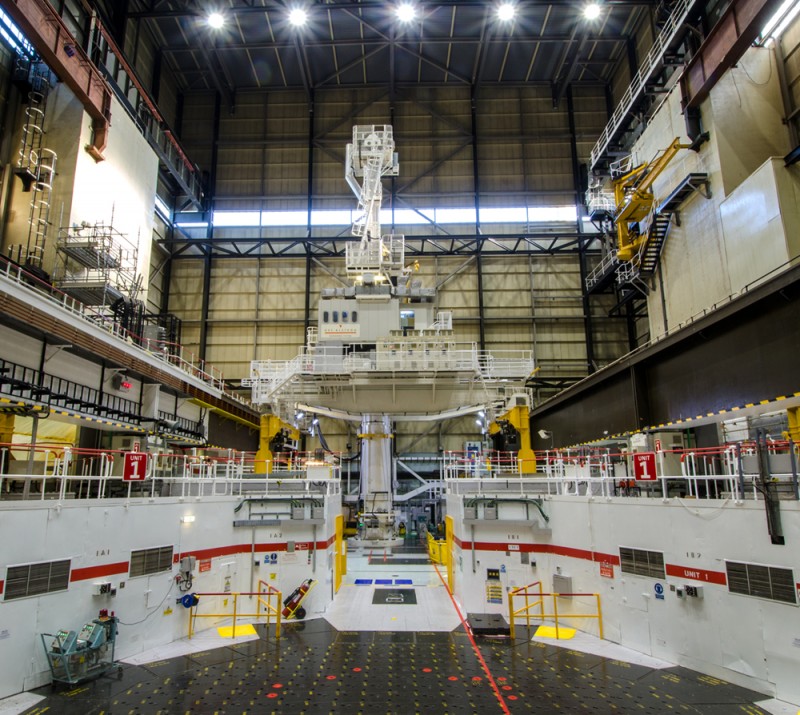 They used two machines – a new Picote mini cleaner and an electro-mechanical cutter – to clear drains in one of the two reactor halls at Heysham power station in Lancashire.

Their success means station workers can be confident that the drains flow freely so they do not have to use contingency measures to take wastewater to a radioactive effluent treatment plant.

Steve Hackett, a systems improvement engineer at the nuclear power station operated by EDF Energy, said: “Having an effective system for cleaning these effluent pipes is a big benefit for us.

“Persistent blockages had been adding to the operational burden for our engineering teams. We have been impressed with the drain cleaning solution and the way Lanes has implemented it.”

The stainless steel 75mm-diameter drains were installed when the power station was built in the 1970s. They are encased in concrete which has made them difficult to keep clean.

They are also located within the radiologically controlled area (RCA) of the Heysham 1 reactor hall. This meant the two Lanes operatives had to wear specialist protective clothing and follow strict radiation protection procedures.

The drains, designated as ‘active’ because they could be contaminated with nuclear radiation, were cleaned in two stages.

First, a Spartan electro-mechanical cutter was used to break through blockage material. The device has a flexible cable with a rotating steel cutting head on the end for scouring the inside of pipes.

Then, the Picote mini cleaner was used to break up the blockage debris and push it into waste sumps, leaving the pipes clear. The device can be fitted with different rotating heads. In this case a flail was used.

Simon Nickalls, Operations Manager at Lanes Preston, which carried out the work, said: “Both pipe cleaning devices were needed to achieve the required results.

“As the Picote cleaner is new, this solution has only just become available. We’re very glad it was so effective. We can certainly see how it could be applied to other hard-to-reach pipe systems.”

The Lanes Preston depot regularly delivers drainage services at Heysham power station. However, this was one of a few occasions where its teams have operated inside an RCA inside a main reactor building.

More than 100 metres of pipework were cleaned, along with surface water gullies and sink outlets, in three key areas: the reactor basement area, the gas circulation maintenance facility, and the radiation effluent treatment plant.

Construction of Heysham 1 began in 1970. Its two advanced gas-cooled reactors began generating electricity in 1983 and 1984 and have a combined generating capacity of 1150MWe.