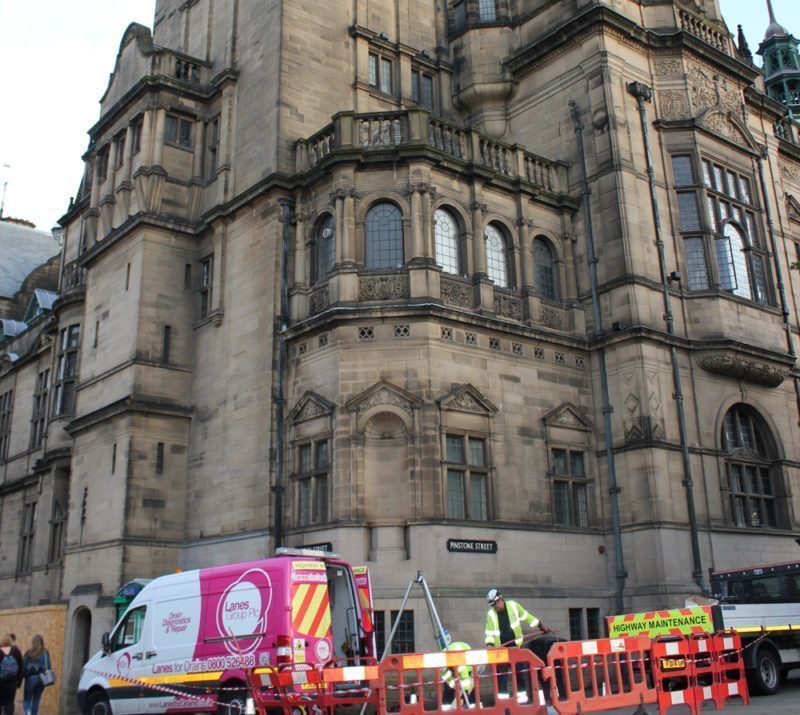 Drainage engineers from the Lanes Sheffield depot have installed 64 structural liners in pipes beneath the 120-year-old civic building in the centre of the city.

The cure in place pipelining (CIPP) technique, often referred to as point lining, allows drainage systems to be renewed without the need for extensive excavations.

Arnold Morton, Minor Works Supervisor for Sheffield City Council, said: “The way the Lanes team has gone about its work has been impressive.

“The town hall is a high-profile building in a prominent city-centre location, so setting the highest standards of health and safety and work-site management has been very important. Lanes has delivered on both.”

The point lining programme has involved Lanes drainage teams working both inside and outside the building, late in the evening and at night to avoid inconvenience for its users and the general public. 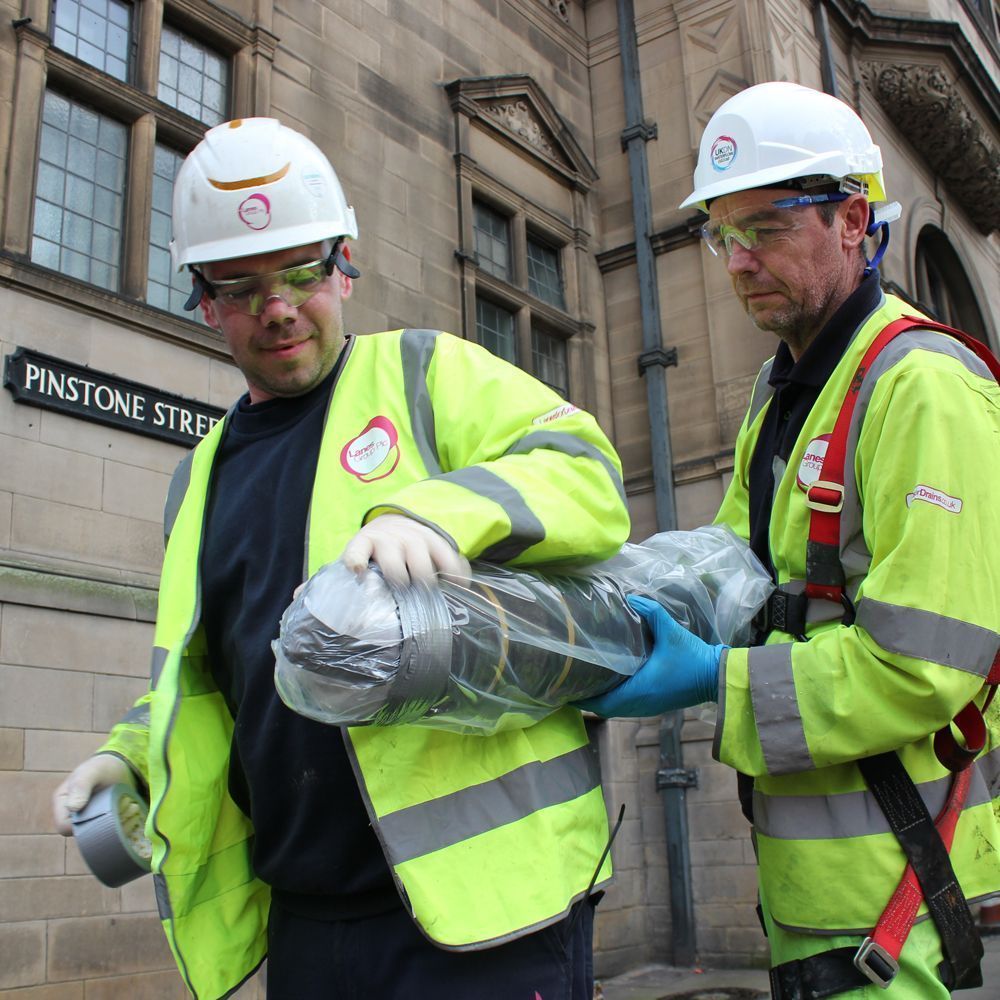 David Cheesman, Area Development Manager for the Lanes Sheffield depot, said: “This was one of the largest number of point liners installed in one go by our depot.

“The process is a highly effective way to rehabilitate drains. A point liner extends the life of the section of pipe it’s installed in by up to 25 years. Effectively, it’s the equivalent of a new pipe.

“Many of the sections of pipe we were renewing under the town hall were in such hard-to-reach places that this no-dig drain repair solution was the only realistic option.

“Point lining is often more cost effective than excavating and replacing drain lines, and can be completed more quickly. In this case, the work was scheduled to take a month, but was completed it in less than three weeks.”

The work at Sheffield Town Hall was carried out by a three-person team, led by CCTV drainage survey engineer Scott Sorsby.

He said: “The work has gone very smoothly, despite the size of the project. We installed up to six point liners a night, most of them a metre long.

“In some cases, we installed up to five liners sequentially, with each liner overlapping the other, to rehabilitate a longer section of pipe. And in one case we had to traverse the liner 30 metres along the pipe to where it needed to be placed.

“With point lining, the worksite can be kept small, and can be set up and taken down very quickly. In a live environment, like the town hall, where we were working inside and outside the building, that’s a big advantage.”

Sheffield Town Hall, built over a seven-year period from 1890 to 1897, is the venue for most official meetings, and many civic events, held by Sheffield City Council.

It was designed by architect Edward William Mountford, who went on to design the Old Bailey law courts in London.

The need to rehabilitate the town hall’s drainage system, made up mainly of 150mm-diametre clay pipes, was established by a CCTV drainage survey, also carried out by Lanes Group.

Point lining is one of a range of CIPP techniques used to rehabilitate sewers and drains.

A flexible glass-reinforced matting liner impregnated with resin is inserted into the pipe, where the resin cures, creating a durable pipe-within-a-pipe.

With CIPP drain rehabilitation, the resin can cure in ambient temperature, as was done with this point lining programme. Or the curing process can be accelerated with hot water or ultra-violet light.