“Bah, fatberg!” See the story of Scrooge reimagined in “The Drains of Christmas Future” animation 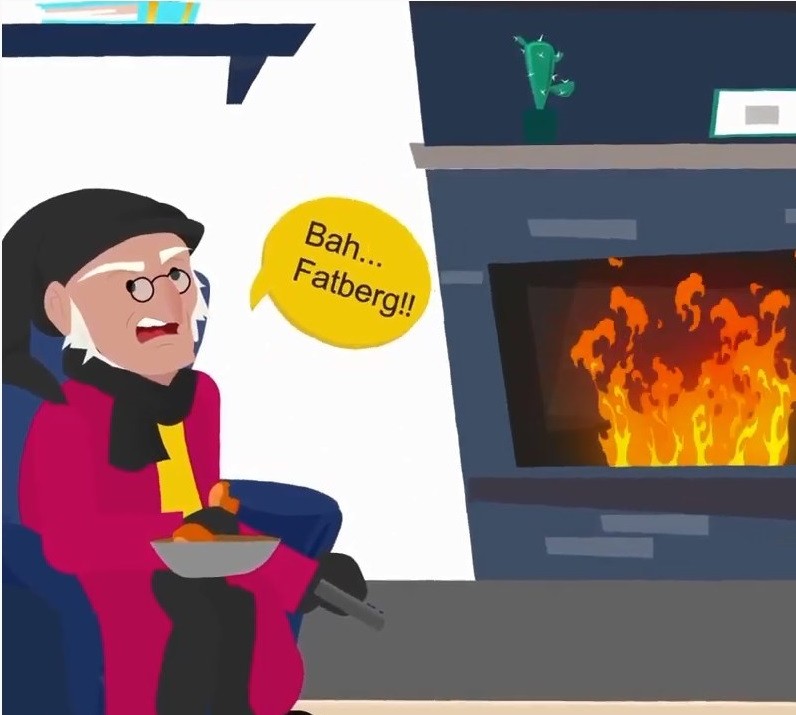 Move aside, Charles Dickens! There’s a new version of “A Christmas Carol” in town this year – turning the classic festive tale into a story about the importance of clean drains.

Entitled “The Drains of Christmas Future”, the two-minute animation provides a fun and timely twist on an iconic narrative, warning viewers of exactly what might happen if they don’t remember to avoid pouring fat, oil and grease (FOG) and plastic products down their drains this Christmas – but also reminding them that it’s never too late to change their bad habits.

In this offbeat reimagining from Lanes Group, the legendary miser Ebenezer Scrooge becomes Ebenezer Sewage, a rich and odious man who doesn’t care what gets poured down his sink and toilet as he indulges himself with fatty, greasy Christmas dinners year after year.

Anyone who challenges him on his behaviour is met with the same response – “bah, fatberg!” – until one fateful Christmas Eve, in which he is confronted with a vision of what the drains of Christmas future could look like if people like him fail to change their behaviour and dispose of their household waste more responsibly:

Anyone familiar with “A Christmas Carol” will know how this brings about a major change of heart for Ebenezer, and Lanes Group – the UK’s biggest privately-owned drainage contractor – is hoping that people across the country will take inspiration from this famous tale of redemption by making changes to the way they dispose of waste this Christmas.

The launch of “The Drains of Christmas Future” comes hot on the heels of Lanes’ groundbreaking Unblocktober campaign, which saw more than 4,500 Brits come together to reduce the amount of troublesome substances and materials being put down their drains by taking part in a month-long challenge.

Backed by the UK’s leading utilities companies, as well as organisations such as Defra, Keep Britain Tidy, the Marine Conservation Society and Surfers Against Sewage, the Love Water-backed campaign helped to educate people on the dangers of putting FOG, wet wipes, food waste and hidden plastics down the drains.

What’s more, a survey of participants showed that 78% were very optimistic about being able to maintain their new habits – the kind of behavioural change befitting Ebenezer Sewage himself!

So, our important Christmas message this year is don’t put fat, oil, grease or food down your sinks this Christmas!

Happy holidays from everyone at Lanes!