20 years together in sewage – and never a dull moment 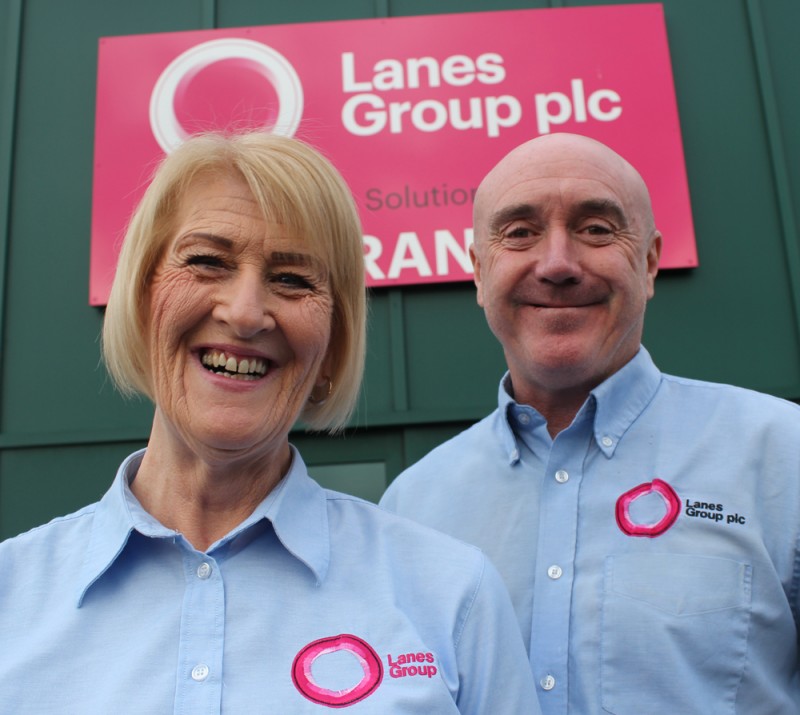 Friends Debora Harrison and Doug Meynell are looking forward to the 20th anniversary since they started working at the same drainage depot on the same day.

They met for the first time on 5th June 2000, the day they both started at Lanes Group plc’s Teesside depot – and approaching two decades later, they’re still colleagues.

Debora joined Lanes as a part-time administrator – the hours suited her while she brought up her children – and now works full-time as the Stockton depot’s drainage works coordinator.

Doug joined as the depot’s sales manager, a role now redefined as area sales manager. He left in 2010 to manage Stockton Borough Council’s highways inspection service. But four years later, he was drawn back to Lanes, and has been there ever since.

Both enjoy working at Lanes, and in the drainage industry. “I kind of fell into sewage,” jokes Doug. “In all the years I’ve worked here, no two days have been the same,” says Debora. “That’s what I like about it.”

Before joining Lanes, Doug had worked as a civil engineer for Northumbrian Water, carrying out sewer adoptions and designs and then as a contractor carrying out gas flow analysis for British Gas.

When that work dried up, he applied to be a CCTV drainage survey engineer at the then Lanes Middlesbrough depot. But the depot manager offered him a job as a sales manager instead. “Perhaps it’s because I wore a suit to the interview,” says Doug.

It proved to be a smart choice. Doug’s previous experience in the utilities industry and previously working for ICI as a chemist gave him insights into the drainage industry that he has developed with Lanes ever since.

He says: “Our customers often come to us with difficult problems and we need to give them solutions. The more you help, rather than sell, the more they trust your advice.

“I’ve always enjoyed working at Lanes. But I think we’ve got a particularly good team now, with bags of experience from top to bottom and a real can-do spirit which makes it challenging but also fun to come to work.”

Doug and Debora have also become firm friends. Debora has baked Doug the odd cake – she is a brilliant cake maker. And Doug has helped Debora fit her kitchen.

It is a friendship and respect that has also helped hundreds of customers. Just as fast as Doug brings in the business, Debora is putting together the plans to make sure the work gets done to a high standard.

Debora, who was a pub landlady before joining Lanes, says: “The job has totally changed. We’re much bigger, there’s more technology to support our work, and in my view it’s more interesting. I certainly know a lot more about drains!”

Working conditions have also greatly improved. “The Middlesbrough base wasn’t really a depot, it was a shed,” jokes Doug. In 2019, the team moved across Stockton to a new depot in Pennine Avenue.

“It’s lovely where we are now,” says Debora. “The office is bright and new, and there’s lots of space. It’s something to be proud of. In the 20 years I’ve worked here, my kids have grown up, left home, got jobs and had kids of their own, and I’ve got divorced.

“The one constant has been Lanes. And Doug!”