Lanes installs ‘biggest ever’ liners twice in one week 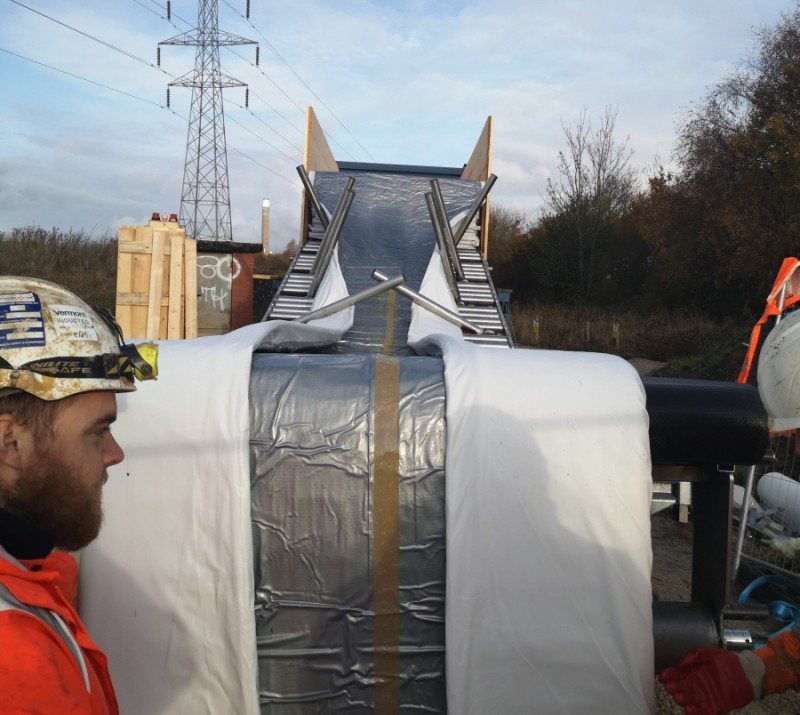 National water utilities and drainage specialist Lanes Group plc has installed its biggest ever liners – not once but twice, and in less than one week.

The company’s sewer rehabilitation and lining division has installed liners in two sewer pipes, each 249m long and 1.2m in diameter, in Stoke-on-Trent, Staffordshire.

They were the biggest liners ever installed by Lanes, in terms of a combination of length and diameter, and potentially in the UK.

Lanes Sewer Rehabilitation and Lining Business Development Manager Paul Henderson said: “We don’t know of a project of this scale anywhere else in the UK.

“It was a gigantic task, but it was technically the best solution, as well as the most cost-effective and sustainable solution, so we’re proud that it was a complete success.”

The two circular concrete pipes, a key part of Stoke on Trent’s emergency overflow system, had to be strengthened after contaminated spoil from a warehouse development was deposited on top of them.

The only alternative was to remove the material from the pipes, which run parallel with each other across the development land, and take it to a specialist disposal site at a cost of £3million.

This was nearly 10 times the cost of lining the pipes and would have generated a much larger carbon footprint.

Before the liners could be installed, sophisticated weather and sewer monitoring needed to be carried out, by Lanes and Severn Trent, to identify a safe window for carrying out the work.

Lanes Senior Project Manager Jon Close said: “We found the sewers could surge from being dry to flowing full bore in a matter of minutes if there was heavy rainfall in the area.

“Therefore, we commissioned Staffordshire University to produce weather reports for a 10km radius so we could compare them with activity in the local sewer system and judge the right moment to install the liners.

“Without this level of understanding, it wouldn’t have been safe for our teams to attempt the installations.”

When the right weather window was identified, Lanes also put in place an alarm system upstream from the pipes to alert crews if a surge of water was imminent, giving them time to withdraw personnel.

The liners were installed one after the other over five days. Each liner, manufactured in Germany, weighed 15 tonnes. They were pulled through the pipes with a 10 tonne winch, held in place by a steel frame designed by Lanes and especially fabricated for the project.

Installing each liner took six hours and had to be carried out in one continuous movement. If the winch had been stopped at any moment, trying to start it again could have torn the liner apart.

Once a liner was in place it was inflated with compressed air. Then a light train that generated 12,000 watts of UV light was pulled through the pipe in one continuous pass over 10 hours, giving time for the UV light to react with catalysts that triggered the hardening of resin layers within the liner.

This resulted in the 7mm thick liners forming tough and impermeable new pipes within each sewer, giving them the strength needed to guarantee the 50-year design life required by Severn Trent.

Paul Henderson said: “The success of this project demonstrates Lanes’ ability to work with client partners to complete the most challenging lining projects. We’re investing in the latest technology so large diameter sewer pipes can be rehabilitated safely, cost-effectively and sustainably.”