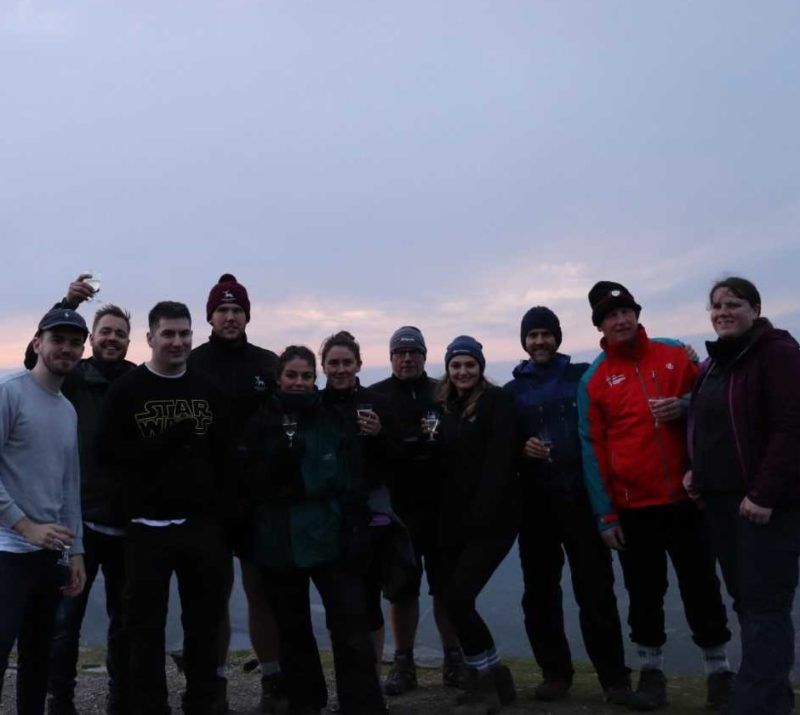 A team of 22 Lanes Group plc colleagues have completed a night hike up the highest mountain in England and Wales to raise money for company charities.

The night owl mountaineers reached the summit of Snowdon in North Wales in time to see the sun rise after a four-hour climb.

They hope to raise a total of £5,000 for five charities that staff at the drainage specialist have chosen to support over five years.

Scott Norris, Lanes Commercial Director, who led the trek, said: “The weather was kind in that it didn’t rain, but it was windy and cold, especially on the summit, so everyone showed excellent determination to get to the top.

“It was fantastic to have the summit of one of the UK’s most popular mountains largely to ourselves, and to watch a new day dawn. It made the strenuous effort needed all the more worthwhile.”

The trekkers, who came from Lanes operation sites across the UK, climbed 3,199 feet to reach the summit which is 3,560 feet above sea level. Only Ben Nevis in Scotland and Scar Fell Pike in the Lake District are higher.

After watching the sun come up just before 5am, the team descended to complete the expedition at 8.30am with a well-deserved breakfast.

Lanes Bid Team Manager Haylie Orton, who was part of the team, said: “There was excellent team spirit which was needed at times where the path got particularly steep.”

“There was something magical about seeing the dawn in such a wild spot, and it was good to know our efforts, both physical and getting sponsorship, would help five very worthy charities.”

Lanes Group’s Five in Five programme has already raised thousands of pounds for the five charities. They are: Mind, The Stroke Association, The Sick Children’s Trust, Sarcoidosis UK, and the Jack and Jill Children’s Foundation.

Colleagues across all Lanes Group companies and divisions, including UKDN Waterflow (LG) Ltd and AQS Environmental Solutions, in Ireland, are contributing to the fundraising effort.