Unblocktober: How Polluted Are the UK’s Rivers? 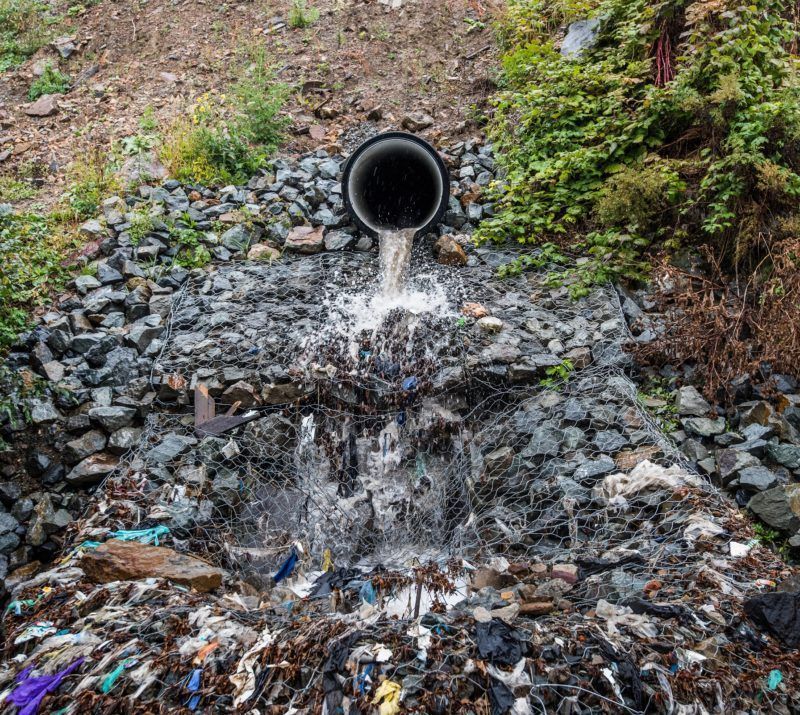 In October 2019, Lanes Group will be launching Unblocktober, our new public awareness campaign dedicated to protecting the UK’s sewers and waterways from blockages and plastic pollution.

It promises to be a timely initiative, coming at a time when UK river pollution is posing a looming threat – and recent reports have shown just how big an ongoing problem this is.

With a rainy summer leading to flooding in many parts of the UK, the persistence of manmade blockages across Britain’s waterways has exacerbated the issue, creating overflows of plastic-clogged water in many areas.

While unpleasant, these incidents nevertheless provide a timely reminder of just how important campaigns like Unblocktober promise to be.

One of the most eye-catching illustrations of the scale of the UK’s plastic pollution problem has come from Greater Manchester, where recent flooding has been exacerbated by masses of wet wipes clogging up waterways and sewers.

University of Manchester professor Jamie Woodward hit the headlines after sharing a series of photos depicting the amount of plastic waste that is being washed up on riverbanks in the wake of this summer’s flooding, as well as images of a clumped mass of thousands of congealed wet wipes blocking a sewer overflow at the River Tame.

With around a month’s worth of rain falling in just 24 hours at the beginning of August, the blocked overflow screen ended up bursting, demonstrating how this kind of plastic pollution can end up making flooding problems even worse.

Professor Woodward noted that this pollution is not easy to get rid of, and will need to be cleared away by hand. He also offered a timely reminder that wet wipes currently account for up to 90% of the material causing sewer blockages, and that they also break down to form harmful microplastic fibres – all of which have contributed to making the River Tame the most plastic-polluted waterway in the world.

The academic told the Manchester Evening News: “The wet wipes issue is a distinctive problem that can be solved by people not flushing them down the toilet. This is still clearly a widespread practice and better communication is needed.

“Wet wipes in huge quantities block sewers. They also line river banks after floods and look disgusting; then, they break down into tiny synthetic fibres that can be ingested by aquatic fauna.

“On every level they damage the environment.”

Professor Woodward’s warnings coincided with comments from the World Wide Fund for Nature (WWF), which indicated that national targets in England for 75% of rivers to be restored to a healthy state by 2027 are now looking “very unlikely” to be met.

At present, just 14% of rivers in England meet the criteria for good quality – meaning they are relatively unaffected by human activity – as set out by the European Union. By 2021, the Environment Agency forecasts that this figure will have risen to 19%, and is still hoping to hit the 75% goal by 2027.

However, the WWF has told the BBC that this will not be possible while the country’s rivers are still used as “open sewers”, suggesting that only with urgent new legislation and improved monitoring and enforcement systems will any major improvements be made.

Current Environment Agency data indicates that some parts of the UK are faring better than others: for example, the Solway Tweed region, which covers parts of Cumbria, Northumberland and the Scottish borders, has managed to keep 43% of its rivers at a good quality standard, and is expected to reach 99% by 2027.

Conversely, the Thames basin area – which encompasses the Cotswolds through to Northamptonshire, via London, Kent and Hampshire – is performing worst out of all English regions, with just 3% of its rivers in good health.

These recent developments indicate a pressing need for nationwide action focused on reducing the amount of pollutants and environmentally-damaging substances entering our drains, sewers, watercourses and seas. This is exactly what Lanes Group hopes to achieve with our Unblocktober campaign, which kicks off on October 1st 2019.

This unique month-long challenge aims to encourage British homeowners and businesses alike to make small changes to their waste disposal habits, as part of the fight against fatbergs and plastic pollution.

Taking part is simple – all participants will need to do is sign up to receive their official Unblocktober information pack, then avoid putting the following items down their drains or toilets for the whole month:

Unblocktober has already received the official backing of the Environment Agency, and more people are signing up every day.

So don’t delay: if you want to do your bit to save our sewers and seas from the kind of pollution problems seen recently in the news, register to take part in Unblocktober today!

For more information on our campaign, check out the official Unblocktober website. If you’re ready to take part, you can register right now, either as an individual or as a business.