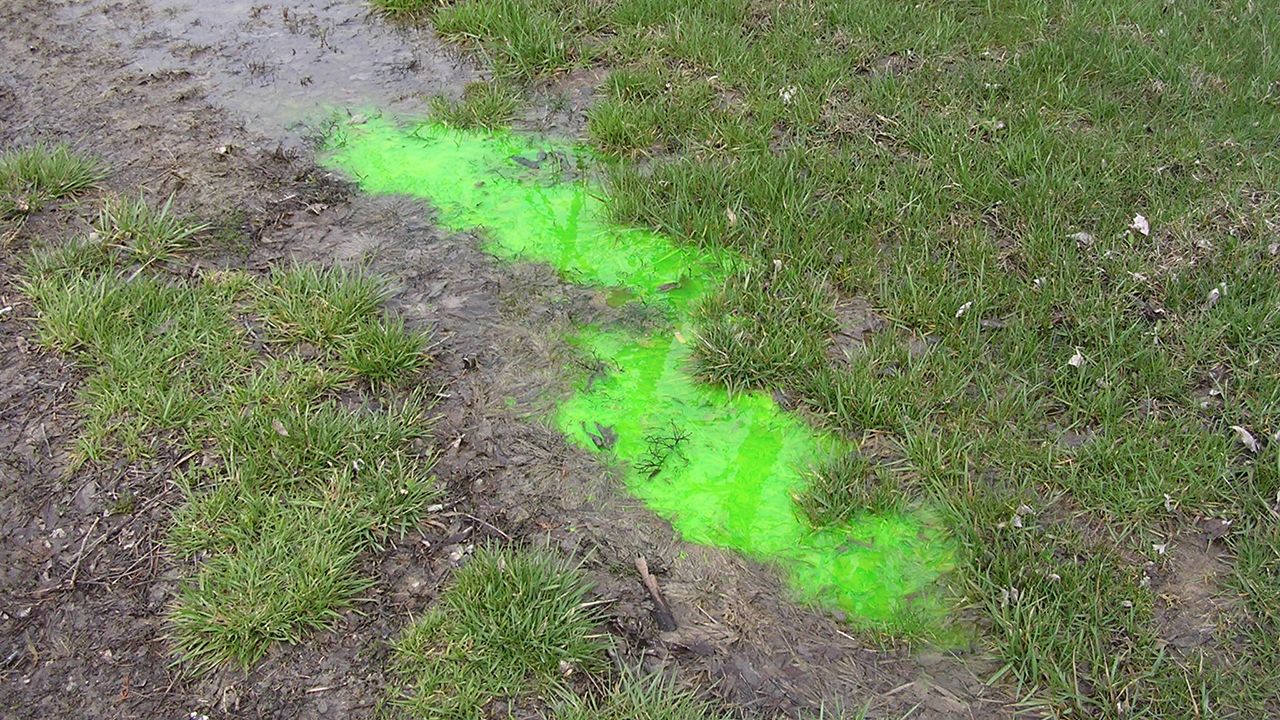 Surface water (aka rainfall) is our life blood. We couldn’t survive without it. But you can have too much of a good thing. And in the UK, we know that to our cost. The incidence of flooding and extreme weather conditions is on the up and few of us have escaped biblical-like deluges, if not actually been victims of flooding.

Five out of six summers up to 2012 had above average rainfall. In 2012 widespread river and surface water flooding, threatened treatment works and other assets. The result? Properties flooded from overloaded sewers and an increase in pollution events. Winter 2014 was the wettest for 250 years in England and Wales according to the Met Office (England and Wales Precipitation Series). Airports were forced to close, railway lines washed away, farming and livestock under threat and housebuilding projects delayed. Huge swathes of the South West — notably the Somerset Levels — lay submerged for weeks. Lives were lost.

Amid all the talk of climate change; atmospheric rivers; climate resilience programmes; river monitoring systems; building on stilts; passive flood defences, we can point at climate change caused by our destruction of the ozone layer as being a major cause, but what can be done in practical terms?

So, who is responsible for surface water?

It’s a tricky one. Water and sewerage companies (WaSCs), local authorities (LAs) and the Environment Agency (EA) all have parts to play, and their responsibilities often overlap. Aggrieved householders accuse the water companies of not doing enough; of concentrating on paying shareholder dividends instead of investing in the sewer infrastructure. But the WaSCs spent £176 million on reducing flooding risk for properties in 2013 and that figure is set to double in 2014, according to Ofwat.

In reality, overwhelmed flood defences are beyond the control of the water firms, whose sewer systems are not designed to take up that much slack. Responsibility here rests with the EA — ultimately national government. And, of course, Highways and local government have to answer the call when it comes to flooded highways, byways and other public areas. Whichever the authority, meeting demand going forward is going to be a major challenge.

According to the EA, the average annual cost of damage from flooding in England is more than £1billion — costs which are borne by householders, businesses, central and local government and others, including insurance companies. That’s huge. And whilst that figure does include all incidents (not just surface water flooding), clearly some kind of prevention strategy is essential. New technology has also allowed the EA to publish sophisticated maps which show that 3million properties are now at risk of flash flooding (ie from overwhelmed surface water systems rather than river and coastal overspills). Forewarned is forearmed, at least.

Who is doing what?

Years of urbanisation and concreting over of land means there is less green space to absorb the rainfall. Thames Water’s annual performance report for 2011/12 showed an increasing focus on sustainable urban drainage systems (SUDS), which involves measures such as permeable paving, increased vegetation and water butts to slow down the rate at which rainfall enters the sewers.

Planners and builders have to get on board. Taking into account the risks a development will face, developers have to mitigate potential damage, wherever possible trying to capture water and hold up run off through green and brown roofs, porous paving and hold-up tanks. Smart builders will look at concrete floors, door guards, installing electrical services above ground level, putting attenuation (holding) tanks underground, even raising land level and floors. All these may help reduce the risk of flooding by lightening the load on a wastewater network stretched beyond breaking point by the results of climate change.

The Met Office is working with the industry to help it understand what to expect and to manage issues such as bursts, leakage, demand and turbidity and mitigate for changes in weather patterns. With Yorkshire Water, for instance, it carried out a detailed review of how weather influenced all areas of their business and, as you would expect, found that air temperature and rainfall had potential to cause most significant disruption.

How well WSCs manage surface water depends on their networks being able to cope with the volume thrown at them. It goes without saying that problems come when supply exceeds demand and systems are overwhelmed. Many kilometres of sewers are being renovated or replaced each year (we should know, because as a no dig technology specifialist, Lanes is often involved) but it is an uphill struggle. So whilst the WSCs plan 20, 30, maybe 40 years ahead, we should at least attempt to mitigate disaster in our own backyards.

Highway drainage is a key element in the big picture. Through the Water Framework Directive (WFD) the Highways Agency (HA) has been set a target to improve journey time reliability. Congestion, accidents and, yes, flooding all play a part — and therefore come under the microscope. To lessen the risks and reduce ‘ponding’ (as it’s known in the trade), all roadside drainage, including aco channels, gullies and interceptors, needs to function adequately.

Fortunately Lanes provides highway drainage cleansing services at all levels, from motorways and A-roads for the Highways Agency through local framework agreements; and on B-roads via local authorities. Much of this work is pre planned: clearing and cleaning grates and gullies of leaf mulch, silt and debris jetting and, of course, asset surveying where there’s a need. Similarly, we hold contracts for many public and private customers with large sites, from shopping centres and supermarkets, to petrol stations, schools and universities, helping them keep their surface water assets in peak working order. Every little helps.

Nor are railways immune from flood damage. Unless a rail is actually washed away (as we have also seen in recent times), then there is a tendency to think water goes away, train service restarts. Not so. Circuits may fail, ballast may fail to drain and resultant standing water may affect track geometry, shortening its life in the longer term. Again Lanes has been able to step into the breach by clearing and cleansing trackside drains where silt has built up after flooding, and with CCTV inspections to ensure that the drains are still structurally sound.

What can we do?

Obviously blockages in sewers cause back ups and that can cause flooding — even without inclement weather. Keeping drains and sewers clear maximises capacity, so good housekeeping is crucial. This is not just about maintenance though; it is about appropriate use of the facilities in the first place — something we still don’t seem to be able to grasp. It’s ironic that the WSCs are forced to spend valuable budget trying to educate us, when those crucial £££ would be better used on infrastructure: remember our old adversary FOG (or ‘fat, oil and grease’ for the uninitiated)? It’s a simple equation: fat, oil and grease in your drain equals blockages. We would do well to heed the ‘bag it and bin it’ message.

Of course maintenance is critical too. During floods in Yorkshire and Humberside whilst Lanes’ jet vac teams battled to help beleaguered householders and business owners, one local school was able to stay open when all the others were forced to close, thanks to a planned programme of drainage maintenance. There’s a lesson in that. Having seen the light after these events on its doorstep, the local authority (Humberside County Council) put a robust maintenance programme in place too. Good move HCC.

Take note. Annual cleaning to de-silt drains followed by a CCTV survey is a great place to start. For commercial / industrial sites, we recommend surveys every three to five years, depending on the area, water table and number of trees on site. Once your survey’s completed, act on the information it reveals: clearing blockages and rectifying damage or collapse in your drains is the obvious step. A professional drains specialist (like Lanes) will provide everything you need — CCTV surveys, drain cleaning, jetting and vacuumation, remedial services (from excavation and repair to no-dig technology) — and more.

With sophisticated systems and modern communications, there is really no excuse for not being aware of predicted weather patterns (even if our weather people sometimes get it wrong). There are plenty of agencies out there providing advice and up-to-the-minute information about possible adverse weather conditions, and if you think you’re at risk, it is a good idea to check them out.

The Environment Agency (EA) offers a flood warning service. You can follow the EA on Twitter (@EnvAgency) too, where there are also regional options, including posts about what they’re doing as they tweet. Sign up for a free service including warnings direct to your mobile, email, fax or pager — particularly useful if you live near or in a flood risk area.

Check out the Meteorological Office for five-day weather forecasts as well as information and tips on keeping one step ahead of the weather. Obviously the Met Office routinely issues weather warnings and an app lets you check out the forecast on the move. DEFRA, of course, carries data about flooding. And if you are thinking of travelling, check out The Highways Agency weather watch specifically aimed at helping people plan their journey.

Finally, you’ll also find flood alert news on our own twitter feed (@LanesForDrains) with regular retweets of pertinent information direct from the above agencies.

As well as a full range of drainage services, Lanes has another ace up its sleeve in the fight against flooding, thanks to a partnership with pollution prevention specialist Aqua Sentry. Aqua Sentry’s revolutionary monitoring and closure device technology — already in demand from organisations aiming to meet IPPC guidelines and ISO 14001 environmental standards — is proving to be equally as effective in flood defence.

Meantime, if the worst happens, Lanes is, of course, here to help in the battle against the rising tide of floodwater — and the bale out. Thanks to a fleet of advanced jetting and vacuumation tankers covering the whole of the UK (not to mention the capability to move plant and equipment to wherever the resources are needed), the pink fleet is often called out as an additional emergency service. Stay dry!