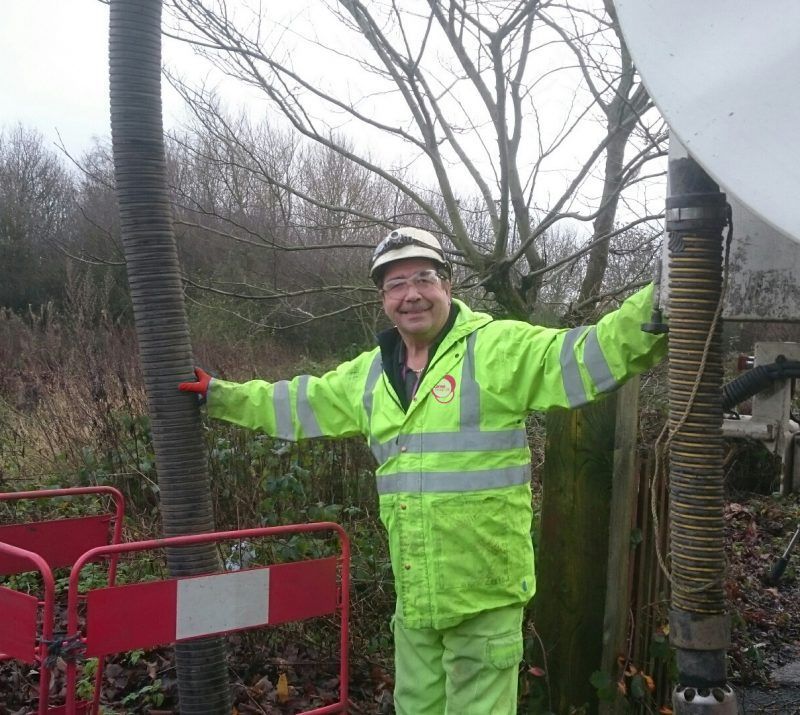 Lanes Group drainage maintenance teams are working around the clock to help communities in Yorkshire recover from flooding.

The company has 16 specialist vehicles and more than 30 drainage engineers working in flood-hit areas across the county.

More than 6,700 homes and hundreds of businesses in the north of England have been affected by the floods over Christmas and the New Year as river levels reached all-time highs.

The drainage teams are expected to continue working throughout the coming week and into the weekend, pumping water from cellars, and clearing sewers and surface drains.

Among the first Lanes personnel to reach flood-hit areas were Andy Bullock and Ant Burns, based at the company’s Derby depot. They arrived at Hebden Bridge, West Yorkshire, in their jet vac tanker at 5pm on Sunday 27 December.

Over the next 37 hours, Andy worked with Ant, then another Lanes operative, Ryan Clark, to pump out the cellars of 11 homes, a pub and a restaurant in Hebden Bridge and nearby Todmorden.

Jet Vac Operator Andy Bullock said: “We made contact with the fire service who directed us to the local flood emergency response team, and they signed us up on the spot.

“The situation was desperate. I felt so sorry for the local people. Many had lost everything, and had no food, water or power. We were very glad to help start getting the community back on its feet.”

At one point, the Lanes team was given hot food by emergency support volunteers, but handed it on to local families who had nothing to eat. They also chased two looters from one abandoned property.

Cllr Steph Booth, Mayor of Todmorden Town Council, said: “When people have had their homes flooded they are in a state of trauma. They want people to lend a helping hand, be positive and show there is an end to their troubles.

“That’s precisely what Andy did when he arrived. We were all very impressed with his work, and the way he and his colleagues immediately became part of the local team. Their people skills were excellent.”

Cllr James Fearon, Mayor of Hebden Royd Council, said: “Andy Bullock and his colleagues have selflessly done our community a wonderful service at the moment of our greatest need.

“A lot of local people were very pleased to see the Lanes Group drainage vehicles in their streets, helping the emergency services begin the task of getting lives back to normal, and I thank them for their contribution.”

Wayne Earnshaw, Managing Director of Lanes Group plc, which has its headquarters in Leeds, West Yorkshire, said: “I would like to thank our crews for responding so quickly to help communities in Yorkshire.

“This demonstrates that, when the chips are down, Lanes people deliver.

“Our operational and organisational strength is also allowing us to offer the right emergency support when and where it is needed, without compromising our service to regular customers.”

Many older buildings have cellars which have to be cleared and dried before electricity supplies can be reconnected.

Sewers and drains become blocked with silt and other debris during floods. Clearing this is a vital part of restoring normal services, allowing communities to recover, and reducing the risk of further flooding if there is more heavy rain.