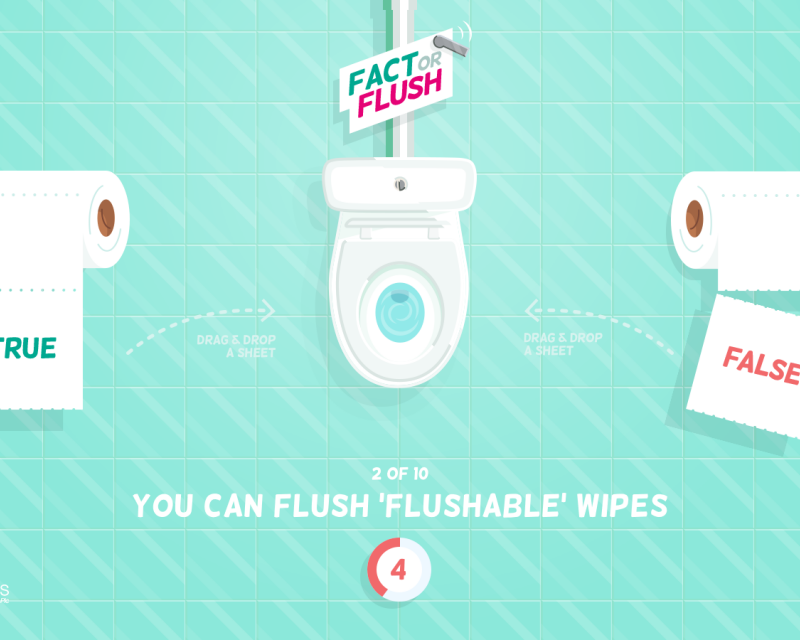 Given that the average human spends up to three years on the toilet, it’s fair to say that we should all know a little more about what can and cannot be flushed down the loo.

Between 2000 and 2008, in the US alone, $361.1bn was spent on public wastewater treatment, with the vast majority of that sum being attributed to the flushing of non-degradable products such as tampons, dental floss and condoms. Closer to home, the UK spends a massive £15m cleaning fat, oil and grease blockages from the nation’s sewers every year – meaning we all have a fair amount to answer for when it comes to throwing an array of nasties down the drain.

From plasters through to anti-freeze, it’s staggering just how many people are getting it wrong when disposing of household waste. Here at Lanes Group, between November 2014 and October 2015, we received 431,600 domestic and commercial online enquiries relating to drainage issues – a figure which represents a 12% increase on enquiries from the previous year – which is why we’ve decided to act!

Fact or Flush, a new online quiz devised by the savvy brains here at Lanes Group,  aims to address the growing number of enquiries by alerting the public to which items they should – and most definitely should not – be putting down their drains. The quiz also tests users on their toilet knowledge by throwing in some true and false drainage facts – which should come in the handy the next time you’re thinking of pouring the contents of your frying pan down the sink on a Saturday morning.

From fun facts through to essential tips every household should master, Fact or Flush has been devised to be both informative and fun – because as you’re probably aware, learning about drainage isn’t exactly everyone’s idea of a good time!

One tree produces 100 pounds of toilet paper, and about 83 million rolls are produced per day.

On average, consumers use 8.6 sheets of toilet paper per trip – that totals to 57 sheets per day, and 20,805 sheets annually.

70-75% of the world’s population still don’t use toilet paper due to it being either too expensive, or having insufficient plumbing to flush the paper.

Believe it or not, when it comes to getting rid of any wet wipes, it’s always a wise idea to pick the bin over the toilet. Sure, the toilet is there, right next to the sink while the bin is at least three paces away – but before you think of dropping those wipes into the loo, it’s worth bearing in mind that you may actually be causing some serious ecological harm by doing so. In 2014 in Berkshire, wet wipes were blamed for blocking a sewage pump – an incident which resulted in sewage running into the River Thames.