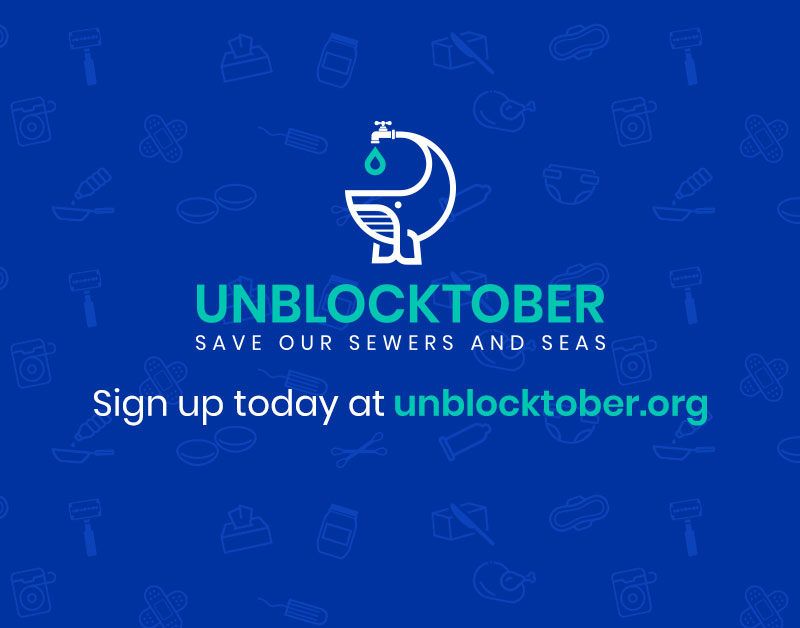 The world’s first awareness month aimed at protecting the UK’s sewers and seas has been hailed a major success, after more than 4,500 Brits came together to reduce the amount of troublesome substances and materials being put down the nation’s drains.

Unblocktober, led by Lanes Group, challenged individuals and businesses to avoid putting fats, oils and grease (FOG), food, wet wipes and a range of other banned items down their drains for 31 consecutive days in October.

Backed by the UK’s leading utilities companies, as well as a whole host of organisations like Defra, Keep Britain Tidy, the Marine Conservation Society, Surfers Against Sewage and many more, the campaign has gone from strength to strength since the initiative’s soft launch in July of this year.

In a survey of participants conducted after the event, 86% reported that they were able to avoid putting FOG down their drains every single day during the initiative. 11% said they avoided it on most days.

Some 92% stated they avoided flushing items containing ‘hidden plastics’ – such as wet wipes, tampons, condoms, nappies and cotton buds – every day, with 8% doing so on most days.

Furthermore, 78% said that they were ‘very optimistic’ that they’d be able to maintain their new habits beyond Unblocktober, with 20% stating they were ‘somewhat optimistic’.

Michelle Ringland, Head of Marketing at Lanes Group, said: “We’ve been delighted at the success of the world’s first awareness month to save our sewers and seas.

“To not only have thousands of people feel strongly enough about the cause to sign up and take part, but for it to consequently have made a positive difference to their awareness and habits too, is a fantastic step in the right direction.

“Our aim with Unblocktober, more than anything, has not only been to educate people, but for them to then translate this newfound knowledge into action, because without action we’ll never be able to reverse the damage we’re causing to our environment.

“We now need to work together as a society and take shared ownership of this most important mission every single month of the year. October may have finished, but Unblocktober has only just begun.”