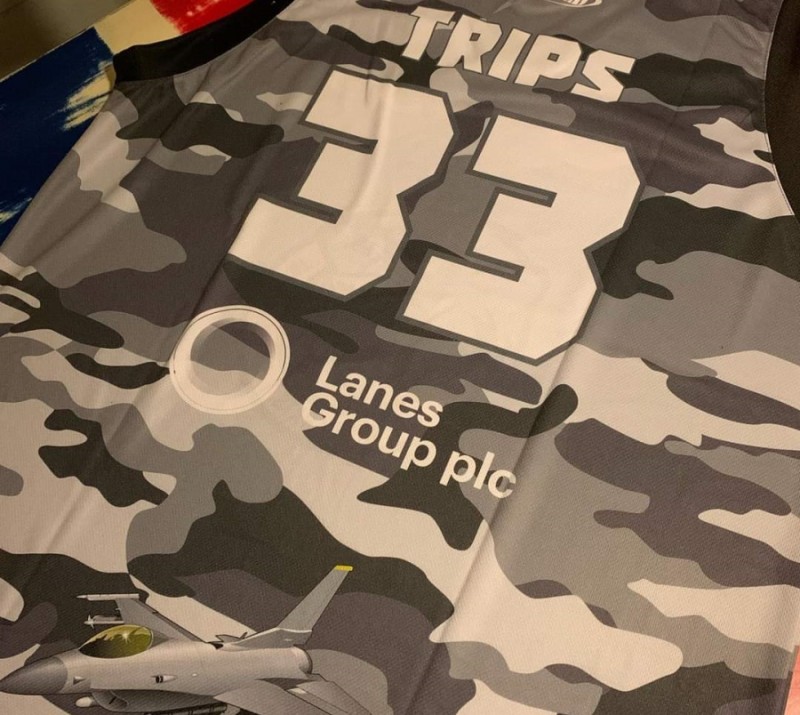 Want to sponsor one of the most creative sports-based fundraising organisations in the UK? That’s a slam dunk yes!

The Plymouth depot of drainage and wastewater specialist Lanes Group plc has sponsored the shirts of the Dirty Rats basketball team, run by Unity Through Sport.

The non-profit-making organisation, based in Plymouth, Devon, has raised over £35,000 for good causes in the last five years by creating sports teams that are open to all.

Unity Through Sport is now pushing back boundaries of sports participation still further with new ‘crossover’ fundraising events that encourage teams from different sports to share their skills and compete together.

Mark Penelrick, Area Development Manager for Lanes Plymouth, plays for the Dirty Rats team which competes in the Plymouth and Devon basketball league.

He said: “Unity Through Sport’s ethos is to get people from all backgrounds and abilities playing sport together, while raising money for charities and local causes.

“It’s a brilliant concept. Many people involved may not have otherwise taken up a sport, and charities benefit as well. I’m very pleased our regional manager has agreed to support our team.”

Lanes Plymouth Regional Manager Richard Rainey said: “We like to see ourselves as very much being part of the local community, doing what we can to support others who make a difference.

“Unity Through Sport is such a good example of how people working, and playing, together can achieve so much. People from all backgrounds staying healthy together and helping charities is a great win-win.”

Unity Through Sport was founded by keen amateur basketball player Troy Woodhouse and close friends. They wanted to support people they knew who had all been affected by loved-ones having brain tumours.

He explained: “We wanted to help, so suggested those affected should form a basketball team and we should put out an appeal for others to play them to raise money for the Brain Tumour Charity.

“We got a fantastic response from more than 20 people. So we organised a nine-week training programme to teach people how to play basketball and then held the match, which raised £8,500.

“We’re very pleased Lanes Group has decided to sponsor the Dirty Rats. It means our costs are reduced, so we can help more people participate and more money goes to the charities we support.”

Unity Through Sport now has 11 teams playing basketball and netball, all sharing the ethos of encouraging people of all abilities to take part, with support in place for participants on low incomes.

In the last five years, good causes helped include Target Ovarian Cancer, the British Lung Foundation, Marie Curie, Coppafeel, and victims of the mass shooting in Keyham, Plymouth, in August 2021.

Now, Unity Through Sport has launched the concept of crossover sporting events – named after the basketball term for the way a player suddenly changes direction and swaps hands when dribbling the ball.

Unity Through Sport is now taking the idea a step further with a plan for a crossover match between one of its basketball teams and a local rugby team.

Troy says: “The rugby element might have to be second, just in case the pitch is very muddy. We don’t like to think there are any limits in sport, as long as it’s open to all, and we’re helping others in greater need.”