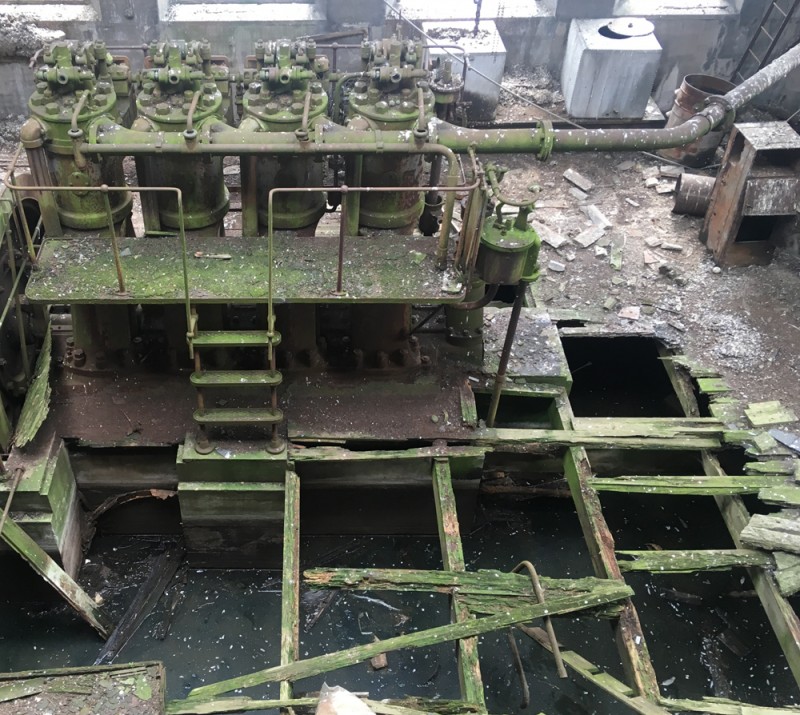 A team from Lanes Group plc’s Manchester depot used a powerful jet vac tanker to suck 2,500 gallons of water from the basement of a Victorian pump house on the canal which will house the scheme’s turbine.

The hydro power plant at the Mode Wheel Locks in Salford is one of five schemes being developed along the canal.

The Lanes drainage engineers had to wear specialist protective clothing, including respirators, to carry out the work as structures within the pump house had been found to contain asbestos.

A JHL Flexline jet vac tanker was selected for the project. It has a particularly powerful vacuumation system so was ideal for lifting the water from the basement, located below the canal waterline.

“Our job was to remove rainwater that had collected in the building over years. It has been had been there for a long so had to be treated as contaminated waste.

“Because we have such a large fleet of specialist drainage vehicles, we could select the ideal vacuumation solution that completed the job in a timely way with minimal manual handling, which enhanced safety.”

The pump house had been one of a number of stations for regulating water levels along the 58-kilometer canal, which took six years to build and was officially opened by Queen Victoria on 21st May 1894.

It still contained its engine and pumping equipment. Ian Clapham, a historical machine enthusiast, introduced the hydro power company to the Anson Engine Museum which preserves such equipment.

He said: “The museum is close-by in Stockport and already has a similar steam engine and pump from another pump house in the canal and was very interested to see what equipment and parts it could save.”

There is also a working hydro power plant on the canal at Barton Locks, with a generating capacity of 720 Kilowatts (KW). When the five new plants are operational in 2021, they will add a further 2,000 (KW).

Lanes Group operates a range of specialist jetting, vacuumation and tankering vehicles to support clients. They include powerful dry and wet vacuumation tankers such as DISABs and KOKS Cyclovacs.

The company also has one of the largest fleets of recycler jet vac tankers which can filter and reuse water, and a fast-growing fleet of modern effluent tankers with capacities up to 5,000 gallons.

When the Manchester Ship Canal was completed it was the river navigation canal in the world. It remains the world’s eighth longest ship canal and is only just shorter than the Panama Canal.

Its construction enabled the Port of Manchester to become the UK’s third busiest port. At its peak, in 1958, 18.3m tonnes of freight was taken along the canal. By 2011, traffic had fallen to 7.1m tonnes.

The canal is now owned by Peel Holdings which has plans to increase freight traffic once more and regenerate key sites along its route as part of its ambitious Atlantic Gateway Project.