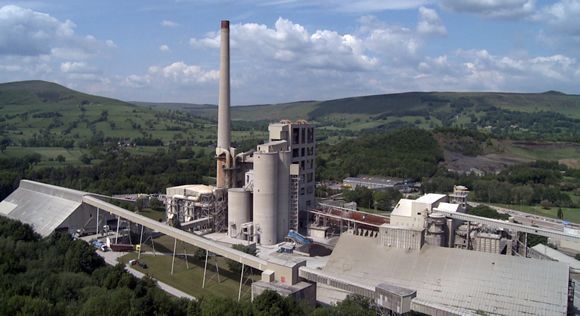 Lanes for Drains got to the bottom of persistent flooding at one of the UK’s largest cement works – and saved the company tens of thousands of pounds it expected to have to spend to cure the problem.

Lanes engineers based in Sheffield were called in to investigate the flooding of a railway track on the site of the Hope Valley cement works near Castleton, South Yorkshire.

Site managers had feared the flooding was caused by a collapsed storm drain under the track – and the only solution was to carry out a major excavation to repair or replace the pipe, requiring the track to be dug up as well.

However, by completing a comprehensive survey and cleaning programme, the Lanes engineers discovered the flooding was being caused by a hidden manhole that had been filled with ballast and silt.

Once it had been cleaned with a powerful water jetter, the flood problem was cured. This was a major boost for the cement works because the affected rail line takes coal to cement kilns. Every time the track was flooded, deliveries were delayed.

Andy Watson, Deputy Rail Manager for the site, said: “Lanes for Drains did an excellent job. We were very pleased and relieved with what their team did for us.

“Flooding had been a problem in this area for the last two years and we thought it was  caused by a collapsed pipe. We had tried many different ways to cure it but none of them worked. The matters came to a head because we had to renew the track at a cost of £60,000 so it was a must we resolved the underlying problem.

“We called Lanes for Drains in and fully expected them to tell us the pipe needed replacing. It turned out to be a catchment pit that had been mistakenly filled in by construction workers during modernisation work on the site.

“The Lanes team did a very thorough job, bringing extra equipment to fully investigate the site. When the problem was identified, they cleaned out the pit there and then. It was a very efficient operation.”

“We were determined to do all we could to identify the problem before advising that excavation was required, because of the significant cost and inconvenience that would have caused.

“We deployed our CCTV team with their HD video robot camera and an off-road water jetting machine, called a Terra-jet, to make sure we had the cleaning power to cope with the quantity of silt and waste we found.

“Because the rail tracks had been there for 50 to 60 years, there were numerous manholes which had to be located and inspected. We eventually found a hidden one that was the cause of the problem.”

At the time of the work, the site had been run by Lafarge Cement. In January, ownership was transferred to a new company, Hope Construction Materials.

Hope Valley Cement Works has been in operation since 1923. It employs 200 people producing 1.3 million tonnes of high quality cement a year, transported from the site in up to 20 freight trains every week.