Lanes contributes to award for most isolated railway station 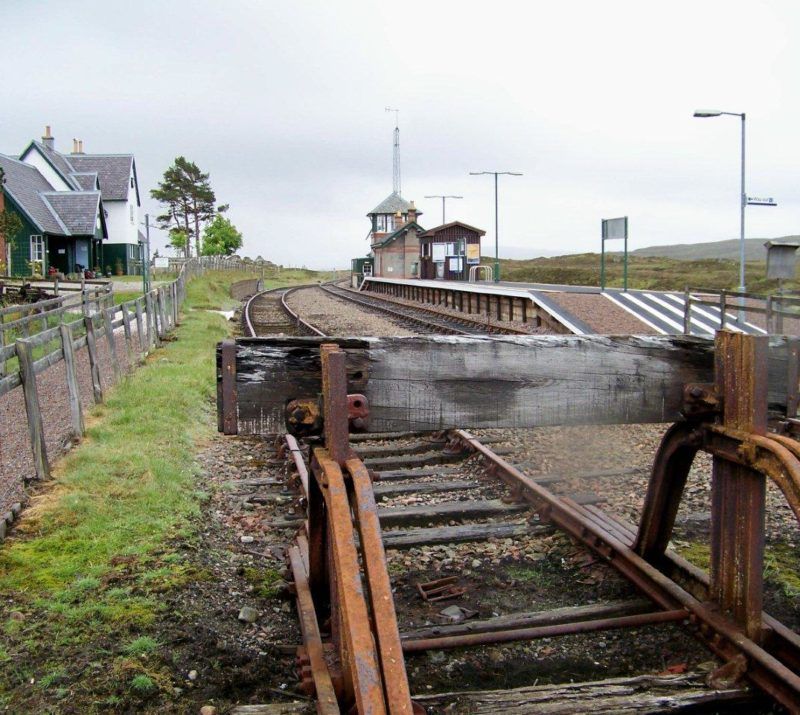 Lanes Group has contributed to renovation work that is allowing tourists to stay at Britain’s most isolated railway station, in a project that has now won a national heritage conservation award.

A team of drainage engineers spent two weeks installing a septic tank and drainage pipes as part of the project to turn the former signal box at Corrour Railway Station into three guest rooms.

The station is located near Loch Ossian on the railway line between Glasgow and Fort William, and is 10 miles from the nearest road. It is also the UK’s highest mainline station in the UK.

The station is in the centre of some of the most spectacular scenery and walking country in Scotland. It also gained recognition from being used as a key location in the hit film Trainspotting.

Robert Weir, Contract Manager for construction and maintenance specialist CPMS, which carried out the work for Network Rail, said: “We are grateful for Lanes Group’s support in completing this project.

“Corrour Station is an important heritage site, and all work had to be planned and managed extremely carefully. Its remote location was also a challenge for all our contractors, Lanes included, and one that they overcame very well.

“For the project to go on to win the Railway Heritage Trust Conservation Award was a fantastic bonus.

“It reflects the importance of imaginatively but sympathetically protect historically-important railway buildings by developing new uses that give them long-term value.”

Four drainage engineers from the Lanes Glasgow depot installed a drainage system for the new guest houses, which included an 800-litre sceptic tank supported by 30 metres of pipework.

All materials and equipment were transported in off-road capable vehicles as the only access was via an unmetalled forest track. The drainage installation team stayed at a nearby hotel during the work.

George McGregor, Area Development Manager for Lanes Glasgow, said: “We’re delighted to have been able to contribute to such a useful heritage refurbishment project.

“Lanes Group has significant experience of working with architects, construction companies and property-owners on projects involving heritage buildings and sites. Though it didn’t apply in this case, we work on drainage systems that can be many hundreds of years old, and important historical structures in their own right.”

Network Rail has worked in partnership with the Corrour Estate and the owners of the Corrour Station House restaurant to develop the project.

Corrour Station is 1,339ft above sea level and a popular starting and finishing point for walkers. The signal box was opened in 1894, but closed in 1988 when a new signalling system made it redundant.