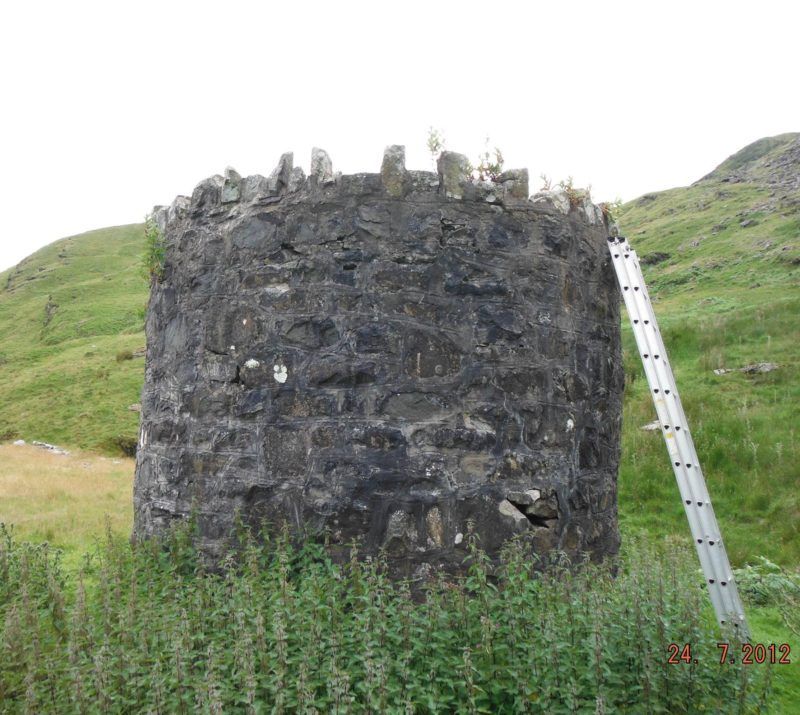 Drainage survey camera technology provided by Lanes Group has been used to carry out a structural inspection of one of the deepest railway tunnel shafts in the UK. A CCTV drainage survey team supported the inspection of the 120 metre ventilation shaft for the Ffestiniog tunnel on the Conwy Valley Line in Snowdonia, North Wales.

It recorded HD quality video footage of the oval brick and stone shaft which could then be viewed by civil engineers as part of a planned maintenance programme.

Ian Clapham, Area Development Manager for Lanes Group’s Chester depot, which carried out the work, said: “This is a more unusual use for our CCTV drainage survey team.

“It shows the wide range of applications our CCTV camera technology can be used for. If you need to survey or inspect something inside a pipe, shaft or chamber, whether underground or not, we can almost certainly help.

“The success of this project demonstrates how using this method to inspect deep shafts is safer and generates better data for assessing the structure’s condition.”

Lanes Group was commissioned to support the shaft inspection by engineering consultants Amey, working on behalf of Network Rail. The Ffestiniog tunnel is 2.1 miles long and takes the Conwy Valley Railway under Moel Dyrnogydd, a 1,700 ft high mountain close to Blaenau Ffestiniog.

The previous survey, in 2012, had been carried out in the conventional manner, by an operative abseiling down the 393 ft deep shaft, checking the structure and taking pictures as he went.

However, a review of the risk assessment and methodology for the work resulted in a decision to carry out the inspection remotely, to avoid risks associated with rock falls in the shaft.

The camera’s wide angle lens recorded HD quality footage of the entire shaft as it was lowered down the shaft, which is 1.5 metres wide and brick-lined at the top and rock-walled at the bottom.

The Lanes team and Amey’s structural engineer viewed the images on the camera system’s screen back on the surface, giving directions to the rope access team to hold the camera in position or change the speed of descent.

The whole process was completed in a day, providing Amey with excellent images they can use to prepare their survey report. If necessary, we could attach a laser profiling tool to the camera, which would create a highly accurate laser-generated sectional image of a shaft, allowing precise measurement of its dimensions, distortions and structural defects.

The 27-mile-long Conwy Valley Line was opened in stages between 1863 and 1881. One of its main purposes was to transport slate from quarries around Blaenau Ffestiniog. The Ffestiniog tunnel was bored between 1874 and 1879. The line now carries nearly 120,000 passengers a year, many of them tourists.