Lanes Group in partnership with AMCO to repair rail culvert 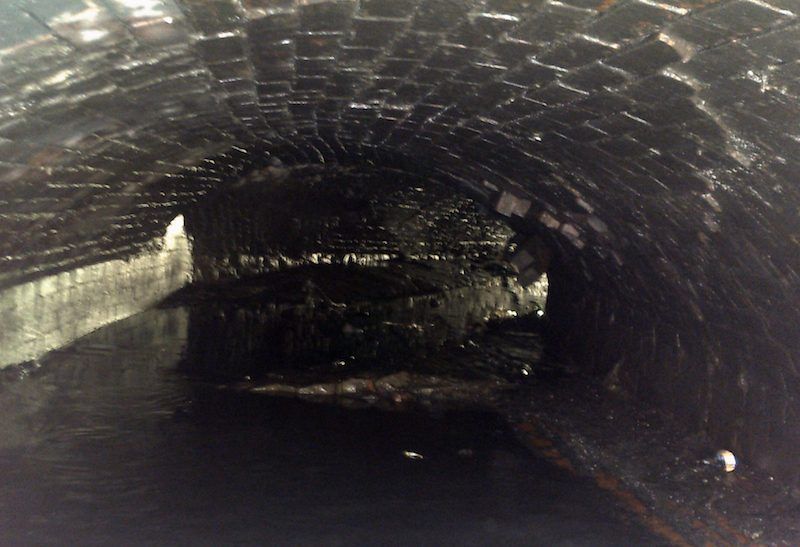 Drainage engineers from Lanes Group have worked in partnership with AMCO Rail to carry out structural repairs to a large underbridge on a main railway line.

The joint team inserted steel stitches to stabilise a crack in the brick-built underbridge London to South Wales line between Newport and Cardiff.

It was the first time that national drainage and maintenance specialist Lanes Group had carried out such a repair on a Network Rail asset.

“This was a case where our drainage expertise, confined space working skills, and structural repair techniques came together, and were needed, to complete an important maintenance project.

“We were very pleased to be able to support colleagues at AMCO Rail in a true partnership project.”

A structural survey, carried out as part of planned maintenance, revealed the four-metre long crack in the 25m-long elliptical underbridge, which is 2.7m wide and 1.7m high.

AMCO Rail, part of Amalgamated Construction, the engineering and construction specialist, concluded the crack needed to be repaired using a technique called stitching.

Before this could be done, over-pumping system had to be put in place to empty the culvert, which was 80 per cent full of water.

Two cofferdams were installed to clear water from the work area with dewatering pumps. A unique solution was found to allow the water and marine life to pass through the existing structure.

This protected wildlife, and meant the railway line was not affected by displaced water, so could remain fully-operational during the repair.

Lanes drainage engineers then used a jet vac tanker to remove 10 tonnes of silt from the culvert, before a joint Lanes Group and AMCO Rail confined space entry team carried out the stitching repair.

Holes were drilled at an angle down into the brickwork, from one side of the crack to the other. Each hole was injected with epoxy resin, then 18 inch-long steel reinforcement bar was inserted.

Around 50 of these ‘stitches’ were inserted along the length of the crack, at alternate angles, so they crossed each other.

This is the most effective pattern to hold the crack together, reducing the risk of further movement.