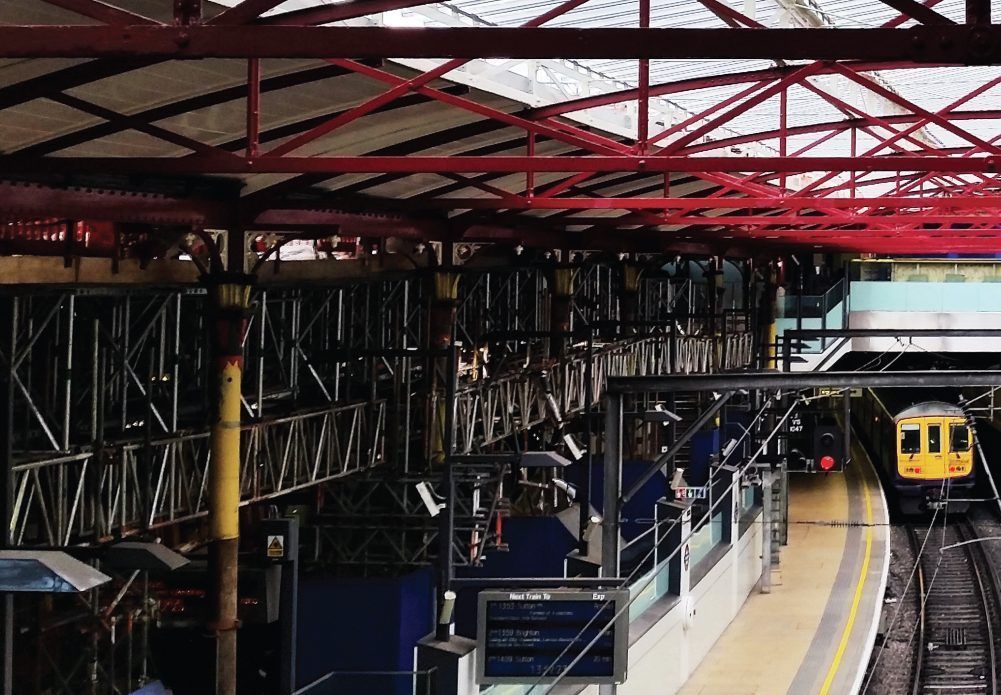 Farringdon Station, one of the oldest underground railway stations in the world and a Grade II listed building, was being refurbished. A key element of the project was renewal of the glass-covered roof. London Underground wanted to continue to use drainage downpipes in the roofs support columns. Lanes Group provided the solution, relining the pipes, so the original look of an important heritage site was preserved.

Farringdon Station formed the eastern terminus of the worlds first underground railway, opened in 1863, which ran the four miles to Paddington Station, and is now part of the Metropolitan Line. In 2018, it will also become a station for Crossrail, and will be the crossroads for rail lines to Londons four airports, making it one of the busiest underground stations in the world.

The station, including its glass roof, was being refurbished in readiness. London Underground (LU) was keen to continue using the cast iron roof supports as rainwater downpipes, to avoid conflicts with heritage conservation regulations. Lanes Rail, which has significant maintenance contracts with LU, recommended relining the downpipes. To see if this was viable, a Lanes CCTV drainage camera team surveyed the columns.

The video footage revealed that the columns had no inner liner, and had been corroded by the millions of gallons of rainwater that had flowed through them over 150 years. Crucially, though, they were still structurally sound.

Lanes helped structural engineers Roughton identify the columns that would form part of a new “blue roof”, which would hold water, and release it in a controlled way into the drainage system.

“This was a good example of partnership working between us, London Underground and Lanes Rail. It was a practical solution that preserved the station’s visual integrity.”