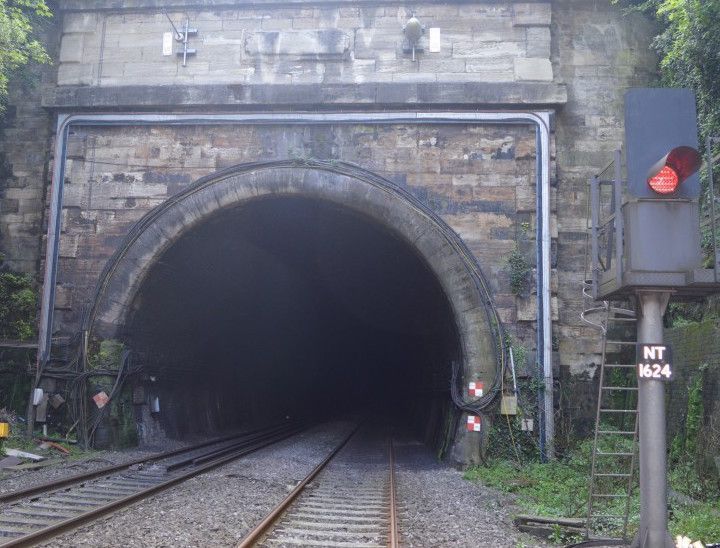 Lanes Group drainage engineers have begun the task of carrying out a survey of tunnel drainage along the 7km-long Severn Tunnel.
The company has been commissioned by Amey, working for Network Rail, to carry out the surveys in the tunnel, which for over 100 years was the longest main line railway tunnel in the UK.

The work is one of a number of enabling projects preparing the way for the electrification of the Great Western Main Line between London Paddington and the west of England and South Wales.
In the first of yearly packages of examinations completing various sections, four teams of Lanes Group drainage engineers completed CCTV drainage surveys along 1,600m of track through the tunnel in 30 hours.

Ben Forsyth, National Business Development Manager for Lanes Group, said: “Thanks to careful pre-planning, and very good team working between Lanes and Amey personnel, we completed the planned surveys more than six hours ahead of schedule.
“This trial run gives us a very good insight into what we can achieve in the packages of work that will follow. Conditions in the tunnel can be challenging, but we’re confident we know now how best to complete the surveys.”
Robert Woods, Senior Project Manager for Amey, said: “We know from experience that track access can be a challenge when carrying out inspection work. Together with Lanes Group, we used CCTV and new ways of working to overcome this issue and deliver this part of the project ahead of schedule.”

The CCTV surveys are being carried out on the ‘six foot’ central tunnel drainage culvert between the two lines that run through the tunnel, which is 7,008m or 4 miles and 624 yards long.
The culvert ranges up to 1200mm wide and up to 500mm tall. Over a number of decades, the original brick-built culvert has been repaired, so in some places is lined with concrete or steel.
One of its main tasks is to collect water from the ‘Great Spring’ which seeps into the tunnel. An estimated 50 million litres of the spring water are pumped from the tunnel every day and released into the River Severn.
The joint Lanes Group and Amey teams had to walk three miles to the Welsh end of the tunnel, then up to another mile into the tunnel, to reach their work sites, with equipment transported on rail trolleys.
Working in 12-hour shifts, two four-person teams – made up of two CCTV survey engineers and two Amey track operatives – worked away from each other from a central point, overseen by a Lanes Group supervisor.

Robotic crawler cameras were used to record HD-quality video of the inside of the track culvert. This method was augmented by the deployment of pole inspection cameras.
Lanes Operations Manager Mark Scott, one of the site supervisors, said: “Where track ballast had blocked the culvert, stopping the crawler camera from getting through, the pole camera allowed us to look past the blockage and ascertain its condition.
“It was one of the approaches we devised for this particular project to allow us to maintain high levels of productivity in challenging conditions, as we want to achieve as much as possible in the track possession time we have.”
The Severn Tunnel was built by the Great Western Railway between 1873 and 1886. It held the record as the longest main line rail tunnel until the High Speed 1 tunnels in Kent opened in 2003.
More than 200 passenger and freight trains run through the tunnel every day.