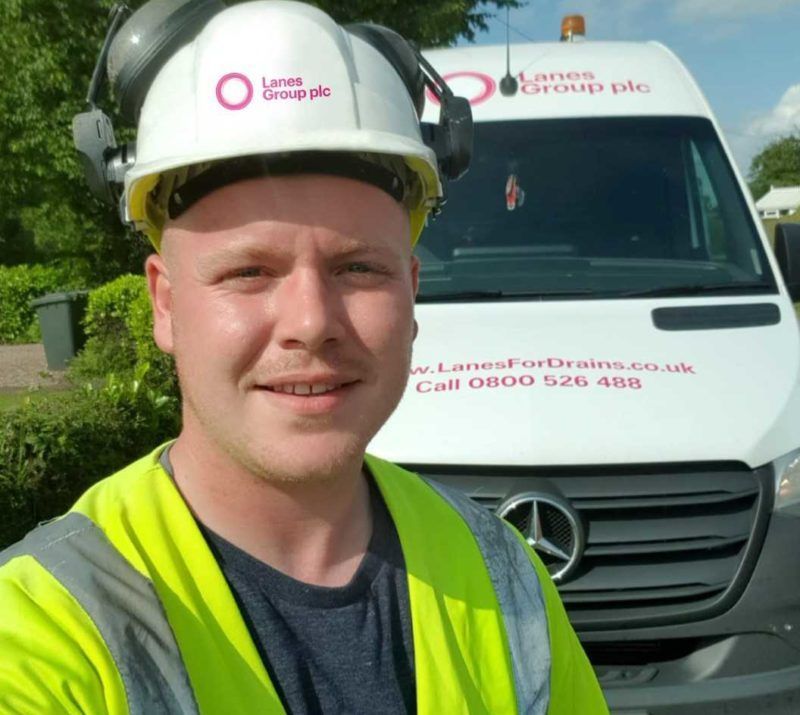 An elderly man has praised Lanes drainage engineer Michael Roberts for assisting him after he fell at home and could not get up.

Michael, who works at the Lanes Group plc Leeds depot, had been mobilised to clear a blocked toilet when he found the customer had collapsed.

He said: “I got to the property in Leeds and couldn’t get a response to a knock at the door, so I called the customer’s mobile phone.

“He answered my call and said please come in, and I found him lying on the floor in the hallway. He said he’d had a fall.”

Michael, who has worked at Lanes for seven years, called for an ambulance and made sure the 84-year-old man was comfortable.

Soon afterwards, the customer’s daughter arrived, which allowed Michael to unblock the toilet and leave before the ambulance attended.

Michael had been responding to a call-out on behalf of one of Lanes’ insurance maintenance providers.

The householder later called the insurance company to thank Michael for his help. “It was very thoughtful of him to make that call,” said Michael.

“I was doing what anyone would to help someone else. I wish him well for a full recovery.”