Drainage engineers praised for going to aid of crash victims 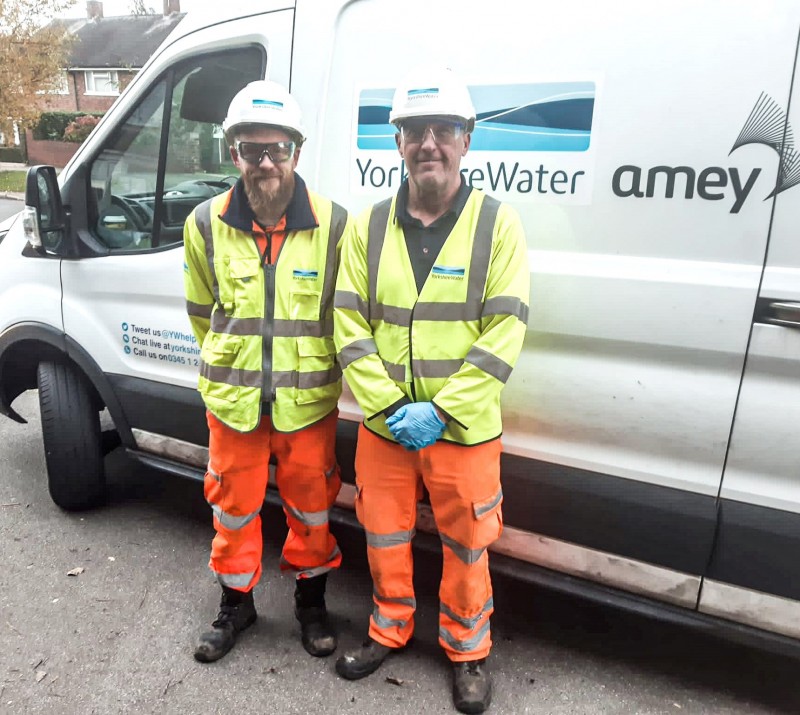 Two drainage engineers from Lanes Group plc have been praised for their fast and decisive response after a driver had a heart attack and his car veered into another vehicle.

Lee Morgan and Les Gibbs had been working at a house near Sheffield for Amey, on behalf of Yorkshire Water, when they stepped in to give first aid after the collision occurred just 20 metres away.

A Skoda car veered across the road and collided with a Mercedes car causing both to spin around in the road in what police later said was a collision with a combined speed of 80mph.

The Lanes drainage engineers called the emergency services, monitored the two injured drivers and controlled the scene until police and paramedics arrived.

Kevin Moon, Operations Director at Lanes, said: “Both Lee and Les took precisely the right actions to care for the drivers. Their behaviour was exemplary.

“I’m pleased to see also that the professional first aid training all Lanes staff receive proved to be of real importance in caring for a man who was very seriously ill.”

As soon as the crash happened, Lee and Les went over to help the drivers, finding a woman had a nose bleed but was conscious and the man in the car was slumped in his seat.

Lee Morgan, 36, said: “Les went to help the woman in the Mercedes and I went to the driver of the Skoda which was a taxi. I opened the door and smoke from the airbags billowed out.

“The man was lying across onto the passenger seat. He was unconscious but I could see from his chest that he was still breathing very slow with long breaths.”

Lee dialed 999 to alert the emergency services then was told to wait on the line until paramedics and police arrived.

He said: “The incident shows the importance of our first aid training because I was confident I knew what to do. I was watching for his breathing and if it had stopped I would have got him out of the car and started CPR straight away. I was ready to do it.

“I’d only just done my refresher first aid training as part of a confined space training course so it was fresh in my mind.”

Lee kept other people away and instructed a young women to not try to  revive the man after she approached the car to offer help.

Within 15 minutes, the police arrived and soon after that paramedics, including an air ambulance helicopter that landed nearby.

Les, 56, from Chester, who had been looking after the injured woman, said: “They got lots of equipment out and tubes into the guy and soon after that they started CPR on him.

“We heard later he’d suffered a heart attack but the police said he came round and he was in a stable condition. Then he was taken off in the helicopter and the woman went to hospital in an ambulance.”

The incident happened on the A629 Upper Wortley Road in Thorpe Hesley, near Sheffield, South Yorkshire, on Wednesday 10th November 2021.

Lee, from Hawarden, near Chester, was so moved by the experience that the same evening he gave his teenage children a basic first aid lesson.

He explained: “I spent quite a long time explaining how to look after people in an emergency.

“My kids will have to have proper training at some point, but I wanted to pass on my basic knowledge. It could help someone else in the future, and they were amazed at what can be done.”

Lee and Les had been carrying out a CCTV drainage survey at a house next to the road at the time. They have worked for Lanes for just over a year after joining the company on the same day.

Lanes delivers sewer maintenance services for Amey, which managed clean and wastewater distribution and collection on behalf of Yorkshire Water.