Is it a record? Lanes creates wheelie big manhole 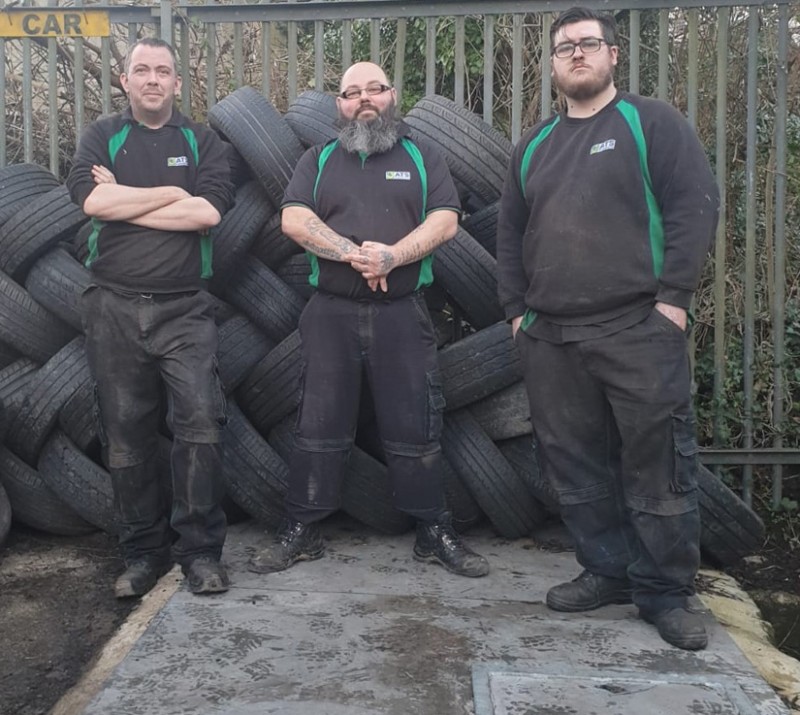 Drainage engineers at Lanes Group plc never tire of helping clients – especially if they get the chance to install the UK’s largest manhole.

When the leading tyre service ATS Euromaster called to say it needed to replace a grill over a storm drain at one of its depots, Lanes quickly offered to help.

The challenge it faced was the fact that this was a wheelie-big manhole.

The ATS Euromaster depot in Truro, Cornwall, needed to replace the grill because it was becoming corroded, and its team had to be sure the access point into the storm drain below was safe and secure.

But at three metres long by two metres wide, this was no ordinary water utility access point.

Grant Cooper, Manager of the Lanes Plymouth depot, said: “ATS Euromaster wanted a chamber cover that was secure and prevented waste material from getting into the storm drain.

“It also had to be well-built and meet all regulatory requirements for safe access to a water utility asset.

“We’re very experienced at renewing or installing manholes but this one had to be pretty enormous, so we approached a local steel fabricator to work with us on the project.”

Grant and his team agreed the specifications for the storm drain cover. Then the steel fabricator created it, compete with a frame and a lid, with an inspection hatch built into it.

The Lanes Plymouth drainage excavation team then removed the grill and installed the new manhole (or, given its size, should it be called a teamhole?).

ATS Euromaster’s Truro team now has a secure chamber lid which prevents debris getting into the storm drain but can be easily opened to allow the water pipe to be checked.

Ryan Lodwick, a senior technician at ATS Euromaster Truro, said: “It’s good to know the storm drain is secure. It’s an important step to allow us to use our external space safely for storing used tyres.”

Grant Cooper said: “We’re pleased to have been able to help. It reflects the fact that we’ll always get a grip on a problem and go the extra mile for clients, a bit like an ATS Euromaster tyre.”

The big question though – is this the UK’s largest manhole? “I don’t think Guinness World Records will be rushing to inspect our work,” said Grant. “But as an unofficial record, we’re happy to claim it. Until, we’re proven wrong!”