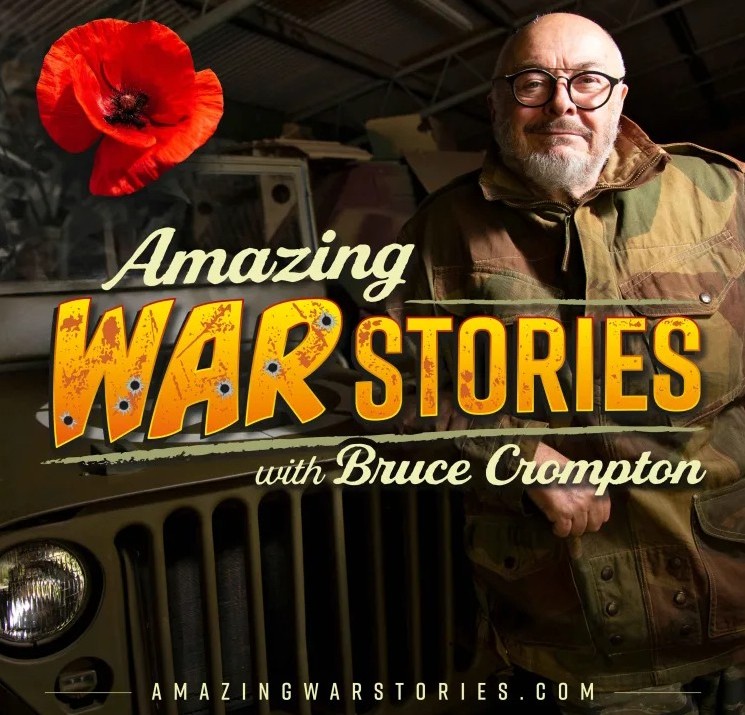 Hundreds of small military and regimental museums across the UK are in financial hardship and some face closure because COVID-19 has slashed visitors who contribute vital funds through entrance fees.

Lanes Rail Division Director Bruce is now appearing in a podcast, Amazing War Stories, recounting stories about military heroes, linking them to the museums that record and display their exploits.

The latest podcast, episode 4, is a Remembrance Day Special called The Striker from the Somme. It recounts the story of Walter Tull, who played football for Tottenham Hotspur and become one of the first black officers to lead men into battle in the First World War.

The episode can be listened to at www.amazingwarstories.com or via the podcast’s Facebook page.

It features the Walter Tull Archive, War Years Remembered, a private museum in Northern Ireland, Kent Museum of the Moving Image, and the Museum of the Great War in France.

“These museums are precious to our nation and to the world because they hold the historical memory of thousands of military people, actions and outcomes that influence our lives today,” said Bruce.

“The COVID-19 pandemic has hit these mostly small, local museums hard. They are fighting to survive and need our help. Amazing War Stories helps raise awareness of their plight.

“The response has been amazing. Listener numbers are soaring and we’re getting national media coverage. Listeners are also making donations to the museums we’re featuring, which is very heartening.

“When the current lockdown is over, we’d love people to support their local military museums, most of which are run by volunteers. They have incredible stories to tell, and amazing artefacts to see. If people can assist them in any way, please do. It’s vital they survive.”

Through Bruce, who is a collector of military memorabilia and vehicles, and is presenter of the hit TV show Combat Dealers, national drainage and utility specialist Lanes supported military museums through sponsorship and donating specialist services.

Walter Tull was born in Folkstone, Kent, in 1888. He had been playing for Northampton Town FC when he became the first player at the club to join the Army in December 1914.

He fought through the Battle of the Somme in 1916 but was killed in battle on 25th March 1918, in the early part of the German Army’s spring offence, an action that eventually led to its defeat in November.

Other episodes include the story of A for Apple, a Lancaster Bomber, and its crew. Based in East Anglia, they took part in raids over Germany. The story recounts their desperate fight for survival during one raid, and features the Halesworth Airfield Museum.

Another episode recounts a daring raid by members of the newly-formed British Parachute Regiment, in 1942, to capture information about a new German radar station on the French coast, and features the Airborne Assault Museum, at Imperial War Museum Duxford, in Cambridgeshire.