Scott’s on tour to support the cycling greats 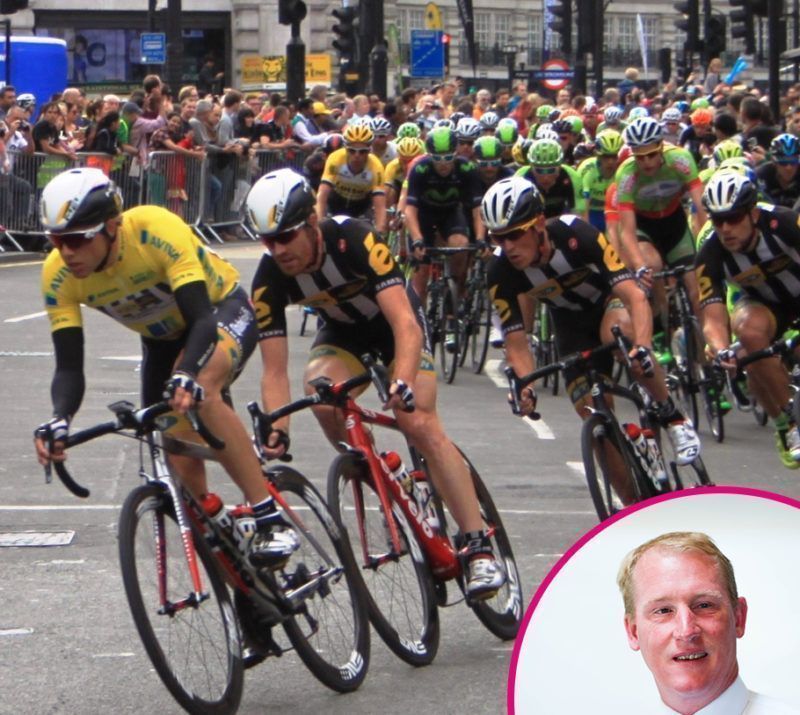 Lanes Group director Scott Norris is taking his passion for cycling right across the UK as he has been selected to act as a volunteer marshal at three locations during the Tour of Britain.

It will be the third year running that Scott has been part of the big team that looks after spectators during Britain’s biggest and most prestigious professional cycle race.

Europe’s top teams will be competing in the Tour of Britain, which starts in Edinburgh on September 3rd and finishes in Cardiff on September 10th.

“Being embedded in the team that helps make the Tour of Britain happen is both exciting and fulfilling,” said Scott, Lanes Group’s Commercial Director, based in Manchester.

“It’s not just about the sporting spectacle, it’s the opportunity to promote a sport and pastime that is growing exponentially in the UK, and is doing so many people such a lot of good in terms of fitness and wellbeing.

“Many of my colleagues are cycling enthusiasts, whether that’s to take advantage of an inexpensive and healthy way to get to work, or to blow the cobwebs away on a cycle run at the weekend.

“The Tour of Britain is at the pinnacle of a sport that is changing the way people in Britain live and enjoy the outdoors, so I am very glad to be part of that, and to support it.”

He said: “I am hoping colleagues from our Cardiff depot come along to cheer home the riders in, though with hundreds of thousands of spectators expected for that stage alone, I am not sure I will spot them!”

Scott is a keen spectator of road racing as well – he visited the Dordogne this year, to watch the Tour of France.

In addition, earlier this year, he was promoted to act as a supervisor on Stage 2 of the Tour de Yorkshire, Tadcaster to Harrogate, and as a marshal on Stage 3, Bradford to Sheffield.