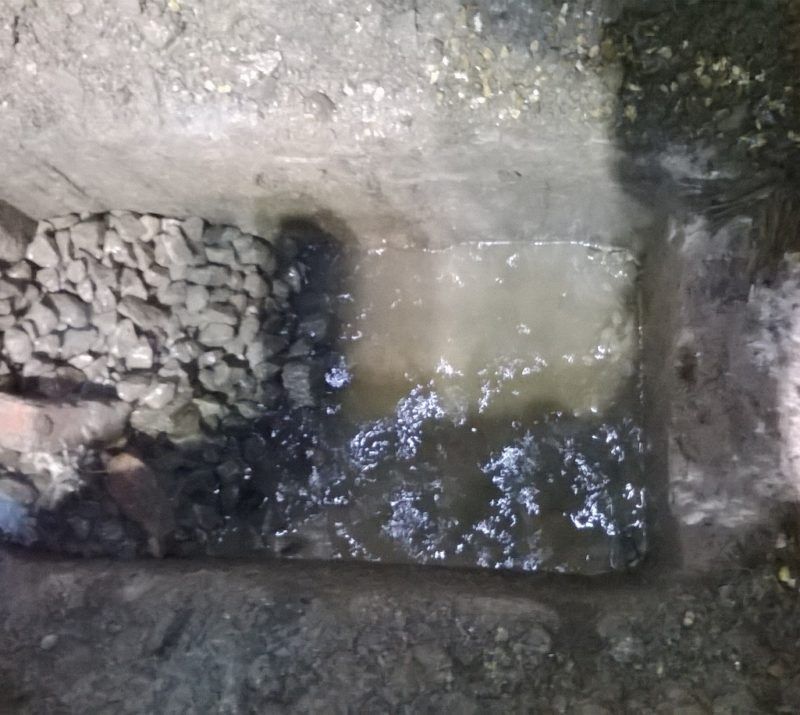 Lanes Group engineers have been praised for their quick and expert response in helping to end a persistent flooding problem on a Somerset housing estate.

Housing Association Aster Properties called the Lanes Bristol depot when it discovered a large water catch pit clogged with silt as they investigated the reason for flooding at one of their properties.

Lanes responded by sending a jet vac tanker, operated by engineer Andy Duncan, to the house in Coleford, near Shepton Mallet. He used the tanker’s powerful vacuumation pump to suck an estimated five tonnes of silt and debris from the catch pit. He then jet cleaned it.

“The house was well away from the road, so we had to run the vacuumation hose at least 40 metres to access the site. Thankfully, we operate the latest jet vac tankers with the capability to work over those long distances, so we could get the job done.

“The catch pit was so clogged it was barely doing its job. Now it’s empty and clean, it will help keep control flooding so the householder will get their garden back all year round.”

“Lanes did an excellent job. They reacted quickly and were very professional, from first call to completion. This property isn’t in the flood-hit region of Somerset, but because of local circumstances, this garden had been at risk from intermittent flooding.

“It’s not nice for a householder to have their garden regularly flooded, so we were very keen to get this sorted for our tenant. Lanes played a big part solving the problem.”

Frank and his team discovered the concrete catch pit, which measured 2.5m by 2m, and was 2m deep, as they investigated the cause of the flood. He said:

“The houses are in a terrace which is more than 40 years old. Rainwater runs off the terrace and into the garden of this house, because it’s on the lowest ground.

“It made sense for the catch pit to be there. Apparently, before the garden was laid, it had been a duck pond. The catch pit should do now its job of holding water during periods of heavy rain, then let it soak away through adjacent farm land.”