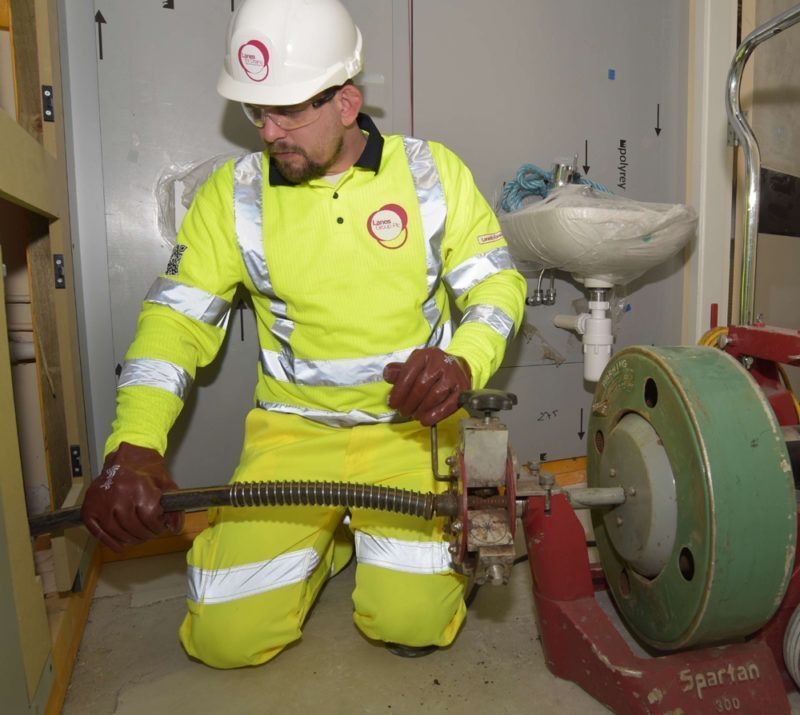 Lanes Group has carried out a major programme of drainage surveying and cleaning as part of a £38 million refurbishment scheme at Aberdeen Royal Infirmary.

Drainage engineers from the Lanes Aberdeen depot worked for more than six months on the project, focused on the cleaning of drainage downpipes in the largest building on the Foresterhill Health Campus.

Surveying and cleaning the drainage system in the Pink Zone Building on the hospital campus was part of a major refurbishment scheme commissioned by NHS Grampian.

Paul Kaczmarek, Senior Project Manager for NG Bailey, said: “The Lanes Group drainage team worked well with our own colleagues. Working on a live hospital site demands the highest standards, not least in health and safety, and they were very much up to the task.”

Kevin Moon, Lanes Group’s Scotland Director, said: “We were delighted to be selected to contribute to investment in health service improvements that will benefit so many people across the Grampian region.

“This was a technically and logistically challenging project, but our very skilled drainage engineers, combined with the advanced technology they used during their work, were up to the task.

“Modern health standards, new ways of delivering medical care, and the extra productivity the NHS will now get from the refurbished hospital building, will put greater pressure on drainage infrastructure.

“It was, therefore, vital that the drainage system was in optimal condition. It was our task to ensure this was the case.”

A key part of the challenge was to co-ordinate the drainage cleaning and surveying work with the many other professional construction teams working on the site at the same time.

The eight-storey Pink Zone Building was systematically stripped and refitted floor-by-floor, with medical services and patients moved between floors and zones as the work progressed.

The Lanes drainage teams found that the steel and cast iron downpipes had become badly clogged with debris, scale and the build-up of residue from sanitation gels and detergents. In some cases, their capacity had been reduced by over 80 percent.

They used an electro-mechanical pipe cleaning equipment to scrub the insides of the downpipes. Residue was vacuumed up from an external manhole by a mini jet vac tanker. This specialist vehicle was selected because it could more easily operate in the confined spaces available on a busy hospital campus.

A fast-track CCTV survey and cleaning reporting system was put in place, allowing NG Bailey to most effectively plan the drainage work within the very tight deadlines set to complete the wider programme.