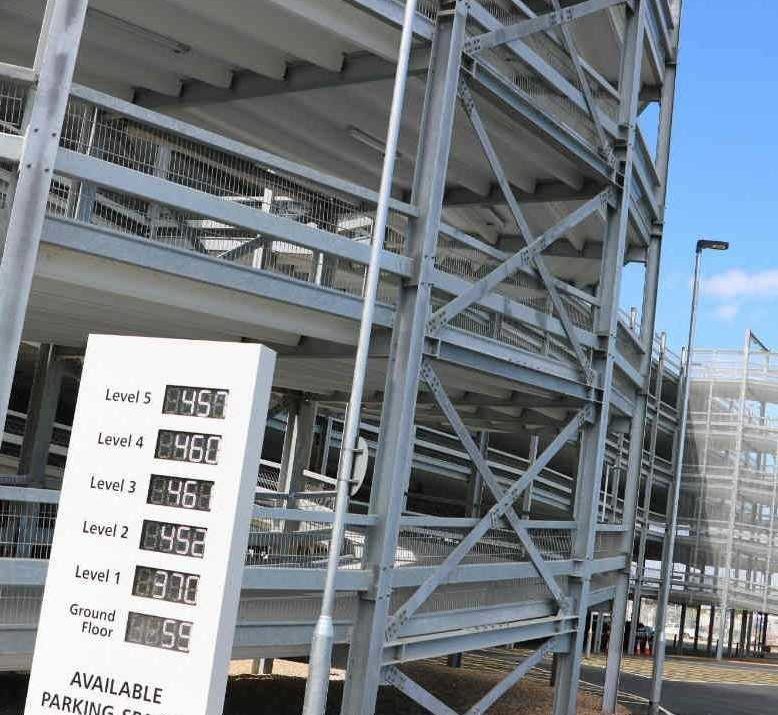 The 2,700 space, six storey car park boosts the number of short-stay car parking spaces available at the airport to more than 7,000 and has been opening in time to meet peak summer demand.

Lanes drainage engineers from the Lanes East London depot in Rainham have been attending the construction site at the airport in Essex over several months during the car park’s construction.

Mick Fahy, Senior Site Manager for BAM Construction said: “We delivered the project on time and on budget thanks to the support we’ve had from suppliers like Lanes Group.

“The new multi-storey car park has been built above an existing surface car park. Making sure the drainage system and its connections with wider drain network was in excellent condition was vital.

“Lanes delivered very good service. They were always on site on time, with excellent safety standards and a positive approach to delivering the outputs we needed, when we needed them.”

“The pressure was on to meet challenging timescales, and we were ready and able to dispatch specialist teams to site at short notice whenever they were needed.”

A total of 760 metres of drainage pipes ranging from 100mm to 450mm in diameter were cleaned using a jet vac tanker and surveyed with robotic and push-rod CCTV survey cameras.

Therefore, Lanes also carried out air-tests along key drainage runs by pumping compressed air into the lines to check that they would hold the pressure and so would be watertight.

As a result, seven 0.5m-long point liners, also known as patch liners, were installed in one 25 metre section of 300mm-diameter concrete pipe.

The new car park is part of the London Stansted Airport Transformation Project, an extensive programme of work that will enable the airport to make best use of its existing runway capacity and create greater choice and better service for passengers.