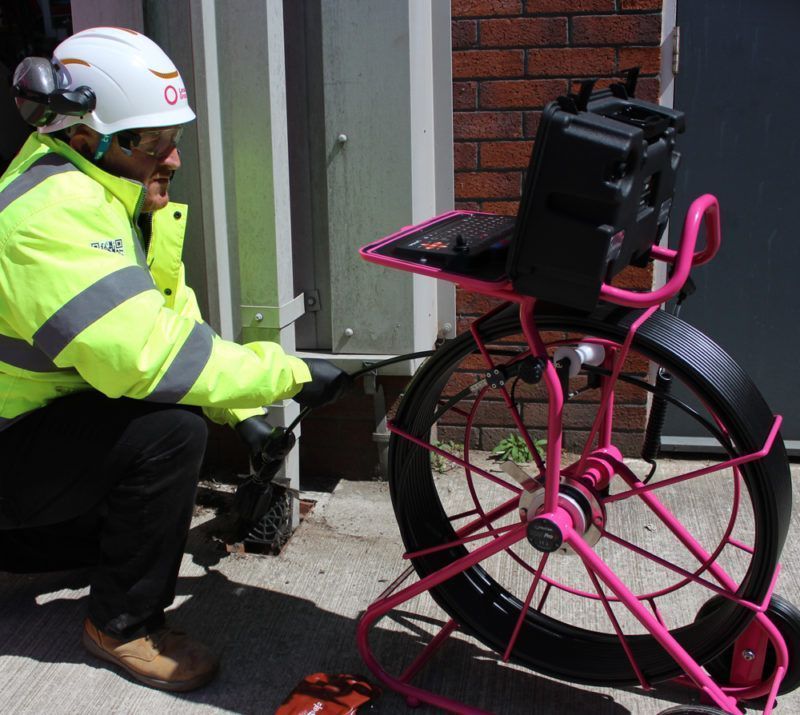 CCTV drainage survey technology has been put to a new use – helping inspect vital steam-generating equipment operated by one of the UK’s largest laundry services.

Clean Services called in a CCTV drainage survey team from Lanes Group plc to obtain video images of pipework inside the machine at its laundry on Slough Trading Estate in Berkshire.

Plant engineers needed to inspect the giant boiler – used to generate enough steam to iron 1,000,000 pieces of linen every week – as part of their regular maintenance programme.

They wanted to avoid the safety risks associated with carrying out a confined space entry, which would have involved sending a member of the team though an inspection hatch in the top of the boiler.

Karl Rawlings, Head of Plant Performance at the laundry, had the idea of asking Lanes to use its remote access CCTV camera system instead.

He said: “I was aware of drainage companies using flexible rod cameras to survey pipe systems, so I wondered if they might also be used to inspect our steam boiler.

“It turned out to work very well. Lanes were very professional and helpful in the way they applied themselves to this new challenge, and they gave us the video footage we needed for a full assessment of the boiler.”

The cylindrical boiler is six metres long and two metres in diameter. The pipe system is protected by an external casing which made carrying out a visual inspection so difficult.

The Lanes CCTV drainage team fed the flexible push-rod camera through the inspection hatch and around the inner cylinder to key points that Karl Rawlings and his team needed to inspect.

“Sending it a couple of metres around the inner workings of the steam boiler was not too much a problem. The main challenge was guiding the camera head the final few centimetres to the precise points that needed to be filmed.

“We’re very pleased to have been able to help Clean Services. It’s an excellent example of the multi-purpose use of our CCTV cameras. We’d be glad to carry out inspections for other companies where access is a challenge.”

Clean Services holds the Royal Warrant. It operates seven laundries across the UK, cleaning – and ironing – linen for many of the UK’s top hotels and many other blue-chip companies.