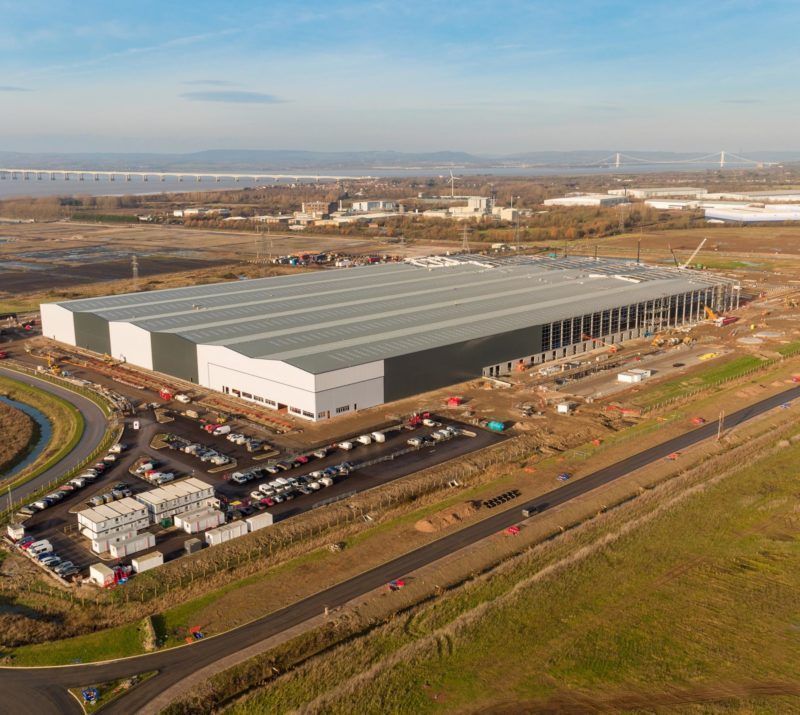 A team of drainage engineers from Lanes Group has carried out a pre-handover drainage survey at a £100 million distribution centre being built for one of the UK’s fastest-growing home and leisure retailers.

The Lanes Bristol depot was commissioned to carry out the pipe cleaning and CCTV drainage survey programme at The Range’s 1.2 million sq ft warehouse at Central Park, Avonmouth.

The distribution centre, covering an area of 26 football pitches, is being built by main contractor McLaren. Lanes Group was commissioned by the project’s groundworks contractor Kiernan Construction.

Sean Malone, Area Development Manager for the Lanes Bristol Depot, said: “We were very pleased to carry out this pipe cleaning and CCTV drainage survey programme for such an important project.

“The distribution centre is a vast building. It has a 1.5-mile perimeter and its floor sits on 14,000 piles. Our project involved cleaning and CCTV surveying nearly 5.5 kilometres of drainage pipe and gullies.”

Lanes deployed one of its newest most advanced recycler jet vac tankers to carry out the pipe cleaning work. Recycler jet vacs can filter and reused their water. This allows them to operate for longer without refilling with water, increasing productivity by 68 per cent.

Sean Malone said: “This was a significant benefit for our client, Kiernan Construction, as refilling with water on such large sites obviously takes longer. Also, not having to move around such a busy construction site so frequently reduced health and safety risks.”

Silt and other debris vacuumed up during the pipe cleaning process was tipped and recycled on site, improving productivity further still.

The CCTV drainage survey, and accompanying HD quality video, gave contract partners assurance as to the quality and condition of the drainage system, as well as a detailed map of all pipes, connections and manholes.

It has been estimated that the new distribution centre, due to open in summer 2017, will support more than 1,000 jobs in the South West economy.