Panoramo SI proves its worth with major deep shaft survey 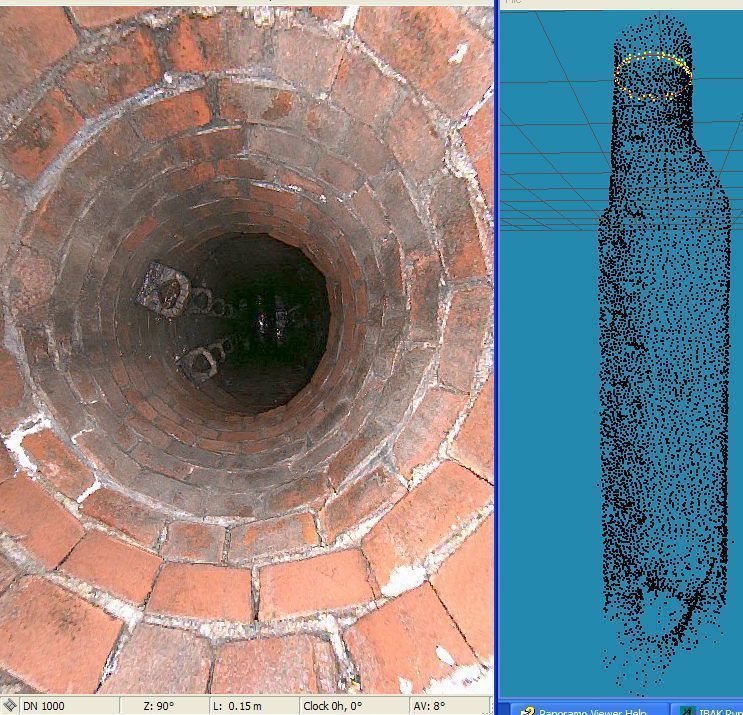 A conventional approach would have required the shafts to be inspected through confined space entry, and would have taken up to three months to complete.

“Also, this remote access camera survey system removes the confined space entry risk, which would have required operatives to use full breathing apparatus, because the shafts are so deep.”

“Just as importantly, it really reduced inconvenience to the public. Many of the shafts were in roadways on housing estates. They would have needed full traffic management, including diversions, to carry out each one.

“Our Panoramo SI camera system is set up on the back of a standard van. We could move into position and complete each survey under temporary traffic management, in just two minutes.

“On main roads, we carried out the surveys in the early hours of the morning so there was no inconvenience to motorists.”

Shafts ranging in depth from 4m to 27m were surveyed on behalf of Cappagh Browne Utilities Ltd, working for Southern Water.

The Panoramo SI camera generates a 360-degree high resolution image, plus a 3D point cloud scan, of the inside of the shaft. It can be used for surveying vertical chambers and shafts of 300mm diameter and above.

The camera has two HD digital cameras fitted with distortion-free, wide-angle lenses. These complete a scan of structure interiors in seconds, with all data captured in one pass.

It is also EX-rated, so provides enhanced safety when operated in hazardous environments with an increased likelihood of coming into contact with volatile gases.

Many of the shafts had been dug directly into chalk. A significant proportion of the sewer system in the area was created by Victorian engineers digging tunnels through the same chalk that forms Kent’s famous white cliffs.

Southern Water has spent £20m upgrading these Victorian sewers, as part of a 10-year £80m sewer improvement programme across the Thanet district which includes Ramsgate.